2372
At the edge of the final frontier.—"No Time Like the Present" is a DS9 comic story that was the headline feature in the Star Trek: Deep Space Nine Ultimate Annual anthology of stories.

An alien artifact abandoned by the Cardassians at the end of their occupation of Bajor has been reactivated, sending waves of temporal distortion through DS9. This causes the crew to experience leaps into alternate timelines and alerts the Cardassians and the artifact's creators of its whereabouts. It's a race for control of the very fabric of time!

Cardassian agents covertly return to Bajor to retrieve an ancient artifact hidden when the occupation came to an end. When touched, the artifact emits waves of temporal distortion, creating disturbances across the Federation and alerting the artifact's creators, an ancient race eager to reclaim what was once their most feared weapon.

Includes alternate timelines.
Ancient Rome
Julius Caesar declares himself dictator of the Roman Empire, as witnessed by timeshifted Bashir.
27 October, 1995
Khan declares victory over the civilized world, as witnessed by timeshifted Sisko.
Late-23rd or early-24th century
Captain Hikaru Sulu becomes the lover of timeshifted Keiko Ishikawa-O'Brien.
2350s
Miles O'Brien is timeshifted, and finds himself a commander in the first Cardassian War under the command of Captain Benjamin Maxwell.
2369
During the Cardassian withdrawal, miners discover the temporal device. They seal the mine, intending to recover it later.
2372
The O'Briens visit a camp on Bajor near the abandoned mine. Gul Tartek's team lands nearby. 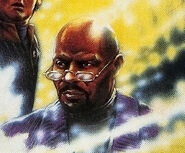 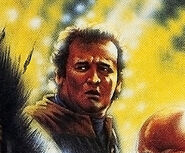 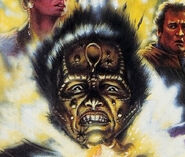 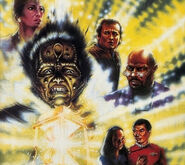 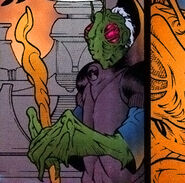