The Original Series No. 54

Starfleet personnel, including Mr. Konom, are sifting through the ruins of the colony on Omicron Ceti IV. An Irish commander comments to his civilian assistant about the horrific nature of the scene, but she comments that she has seen worse.

In the ship's gymnasium, Ensign William Bearclaw spars with a crewman named Hazzard, commenting its a poor time for a security personnel training session. As other crewmen like Bloemker, Castille and Sterno look on, Bearclaw proceeds to land a number of strikes against Hazzard, finally prompting Hazzard to knock Bearclaw to the floor. Calling a time-out, he calls for a towel. Sterno throws one, far too high for any of the other humanoids to catch. Commander Pavel Chekov arrives with Meyer and Jerry Boyajian, demanding Bearclaw's surrender, for the attempted murder of James T. Kirk. Bearclaw tries to run, and is stunned. While Bearclaw is carried outside, his girlfriend, Ensign Sherwood arrives and demands he be taken to sickbay. Chekov and the guards inform her that Bearclaw only deserves the brig after what he's done.

Kirk, bandaged from his recent knife wound, attempts to leave sickbay. Doctor Leonard McCoy requests that he stay, for fear the captain's wounds will reopen. Taking care of one's self is why the doctor believes he himself might live another eighty-seven years, and asks Kirk who he is trying to impress by disobeying medical orders. Sherwood enters, and comments that she is impressed that the captain is up and around already. She asks if Bearclaw really could have been the attacker, but Kirk stops her short. He recognized Bearclaw and regretted not being fit enough to fight him off.

After her recent marriage to Klingon expatriate Konom, Ensign Nancy Bryce packs her things to begin sharing quarters with him, they are also taking care of the orphaned half-breed Klingon who was named "Moron" by his Klingon keepers. They discuss names, although Konom feels that most Klingon names are fiercer than the albino would ever be. Nancy suggests her late father's name, Bernie, which is accepted by "Moron" almost immediately.

Kirk is shocked to find that the Federation Security Legion commander sent to oversee the trial is an old friend -- Starfleet Academy rival Sean Finnegan! 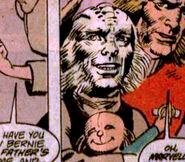 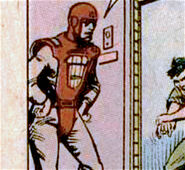 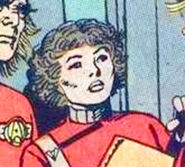 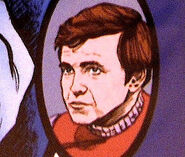 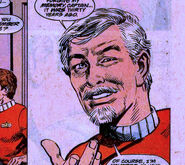 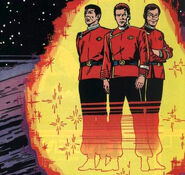 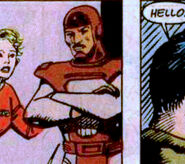 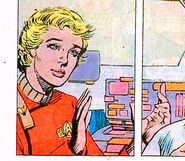 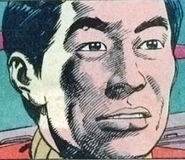 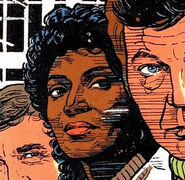 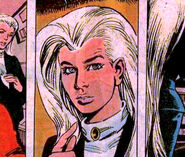 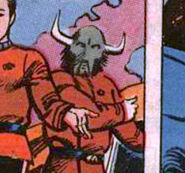 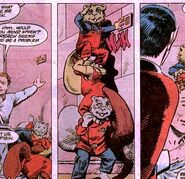 2250
Kirk's freshman year at Starfleet Academy. As a "plebe", he was the subject of torment by upperclassman Sean Finnegan.
2266
Kirk and the crew encounter Cadet Finnegan's simulacrum at the amusement park planet.
2276
Starfleet enacts a regulation requiring the Federation Security Legion to investigate all cases of crew violence against commanding officers.
2286
Enterprise reconnoiters in the Omicron Ceti system investigating the destruction of the Federation colony and the hijacking of USS Zephyr. 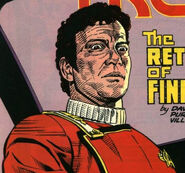 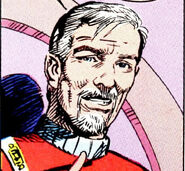