For other uses, see Old Wounds.

2369
"Old WOunds" was the third issue of Malibu Comics' 1993 series of DS9 comics, released in October 1993. The issue consisted of 22 pages of story, written by Mike W. Barr and edited by Tom Mason. The art was penciled by Rob Davis and inked by Terry Pallot,. A Cardassian military officer from the Bajoran Occupation visits the space station.

The Federation president has approved Gul Trelar's request that he be allowed to visit Bajor, where he was born during the Cardassian Occupation of Bajor, before he dies. As the Bajorans won't allow him on Bajor itself, Trelar will only be able to visit Deep Space 9. Both Benjamin Sisko and Kira Nerys are unhappy with the situation, but Starfleet and the Federation government are keen to improve relations with Cardassia. Also unhappy that Trelar is returning are Odo and Quark. In Odo's case, he objected to Trelar executing a Bajoran terrorist subject without proof. With Quark, it was that Trelar tried to have Quark expelled from the space station when Quark balked at the kickbacks Trelar demanded.

Kira was one of the terrorist suspects and when she, Shiri Rond and Darb Chalmon were brought in front of Trelar, he was attacked by Kira, but it was Darb that Trelar killed.

Trelar's ship soon arrives and docks at the station. Accompanying Trelar are his son and daughter, and his Bajoran wife: Shiri Rond. Kira is shocked to see that Shiri is married to Trelar.

With Trelar barred from Bajor, he is allowed the use of one of Quark's holosuites, allowing him to see a recreation of his childhood room on Bajor and a hologram of his mother, who tells him that his breakfast is ready.

At a reception for Trelar, he and Kira clash over the Occupation. Trelar collapses and is treated by Bashir. The next morning, Bashir visits Trelar in the holosuite program, only to find that Trelar has been murdered. Trelar was stabbed three times in the chest by his own ceremonial dagger, but computer records indicate that no one entered the holosuite after Bashir and Trelar's family left it. Jadzia checks for evidence that the computer was tampered with but finds nothing; there are also no hidden passages into the room and no transporter activity. Analysis of the murder weapon also finds nothing. Odo is irked when suspicion falls on him, fortunately he has an alibi and was with Bashir at the time of the murder. Odo vows to find the murderer.

First on Odo's list is Shiri Rond, who tries to get Kira to say that they were meeting at the time of the murder, but Kira recalls that Shiri left about a half hour before the murder. Odo also learns that Trelar's son and daughter are providing alibis for each other.

Meanwhile, a fire in the holosuite has destroyed the crime scene and the records. Odo arrests Quark, but only to protect him from whoever was responsible for the fire. Odo has now discovered that Trelar's son Orm is behind everything. He programed the hologram of his grandmother to kill Trelar, as a hologram would leave behind neither DNA or residual heat on a dagger's hilt. Odo plans to turn Trelar's son over to a Cardassian investigator and to release Quark from custody, eventually.

Shiri leaves the station and Kira gives her an earring that Trelar pulled from Kira's ear the last time she saw Shiri. 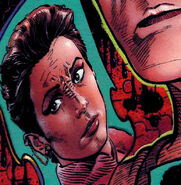 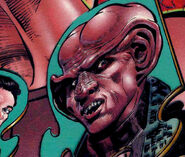 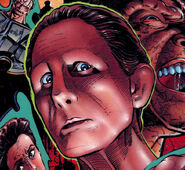 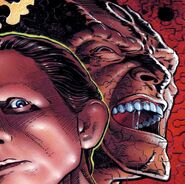 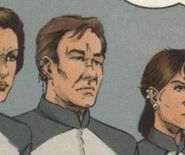 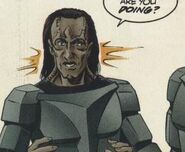 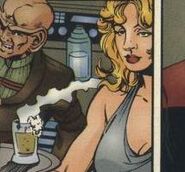 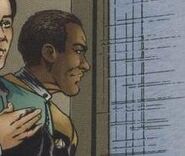 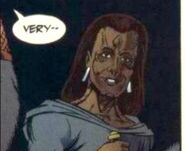