Out of the Cocoon (omnibus)

Out of the Cocoon

From the back cover
When something in the galaxy needs to be fixed, tweaked, investigated, or repaired, the Federation sends in the best: the Starfleet Corps of Engineers. Traveling throughout the quadrant on the Sabre-class U.S.S. da Vinci, Captain David Gold, former Starship Enterprise™ engineer Commander Sonya Gomez, and the crack S.C.E. team solve the problems of the galaxy, one disaster at a time.

Whether dealing with the legacy of Captain Jean-Luc Picard’s decision regarding the Mariposa colony, stopping an alien predator from destroying a pre-warp culture, fixing a planet-wide power outage, or repairing the damage done by the Dominion to a former ally, the Corps of Engineers is on the case!

But not all problems are technical: Dr. Elizabeth Lense deals with the consequences of her unexpected pregnancy, Security Chief Domenica Corsi encounters a Prime Directive crisis, Dr. Bart Faulwell faces a personal crossroads, and Chief Vance Hawkins must try to lay the ghosts of the Dominion War to rest.

An omnibus of four titles originally published as four eBooks: 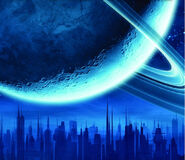