For other uses, see Preserver.

2375
The latest in the New York Times bestselling series!—Preserver was a Star Trek novel written by William Shatner, with thanks to Judith and Garfield Reeves-Stevens. The book was Shatner's sixth Star Trek novel published by Pocket Books, his fifth novel taking place in the 24th century and the third and final book of the Mirror Universe Trilogy.

For three full decades, on television and in film, actor William Shatner has portrayed one of the legendary heroes of science fiction: James Tiberius Kirk, captain of the starship Enterprise. Although Kirk was believed to have perished at the conclusion of Star Trek Generations, his amazing literary resurrection led to an acclaimed trilogy of national bestsellers, The Ashes of Eden, The Return, and Avenger.

Now William Shatner again brings his unique blend of talents as actor, writer, director, and producer to the conclusion of the new trilogy begun with Spectre and continuing with Dark Victory, as two men—and two universes—never meant to meet are drawn closer together toward an inevitable and destructive reaction…

The deadly and tyrannical Emperor Tiberius, formerly captain of the ISS Enterprise, had great success turning captured alien weaponry to his advantage, but his failed attempt to seize the tantalizing advances of the ancient First Federation has always rankled him. In the more peaceful universe of the United Federation of Planets, Tiberius sees his second chance. And a new ally will help him take it—the counterpart for whom he has nothing but contempt, the man whose USS Enterprise made first contact with the First Federation: Starfleet Captain James T. Kirk.

Honorable, idealistic, and decent, James T. Kirk is many things Tiberius is not. But he is also a man deeply in love with his wife—and Teilani is dying. To save her life, Kirk will compromise his ideals and enter into his most dangerous alliance yet.

Pursued by Captain Jean-Luc Picard and a new generation of Starfleet heroes, Kirk will guide Tiberius to a long-abandoned First Federation base. There, he expects to find a source of power so great it will enable Tiberius to conquer the mirror universe—and his own.

But on their journey Kirk will uncover long-hidden secrets about the past that raise the stakes far beyond the mere survival of Kirk's family and friends to nothing less than the continued existence of the universe.

At the heart of their quest, something else is waiting: an object from a civilization whose technology is far more advanced than any Kirk or Tiberius could expect to acquire, placed there for Kirk's eyes only by the mysterious aliens who appear to have influenced life within the galaxy over eons of time—a message from the Preservers…

James T. Kirk's mirror universe double has risen to power as the evil Emperor Tiberius. This alternate universe version has failed in his quest to learn the secrets of the advanced First Federation. Tiberius tries to intervene in the primary universe to learn the secrets of its version of the First. To complicate matters, Kirk's wife Teilani is deathly ill, a situation Tiberius gleefully takes advantage of in order to secure Kirk's assistance. 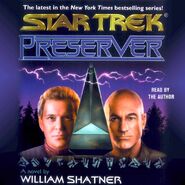 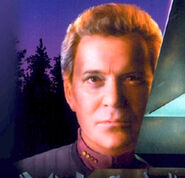 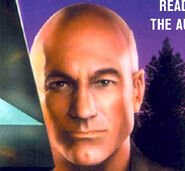 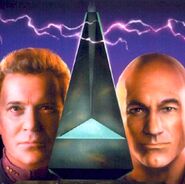