19:26:4
On planet Fayo, Kirk is the pawn in a palace revolt! — "Prince Traitor" was a Star Trek comic book story published by Gold Key Comics in 1977, the 44th issue of their TOS series. It was the sixth drawn by Alden McWilliams and the 16th written by Arnold Drake.

In this story, Kirk, Spock and Montgomery Scott became embroiled in a rebellion on a pre-industrial planet.

"How sharper than a serpent's tooth it is to have a thankless child," Shakespeare reported. The Enterprise crew find themselves in full, frightening agreement as they face… Prince Traitor.

Mr. Spock, Scotty and I will beam down to planet Fayo for an official reception.

During the reception, an assassin nearly killed the landing party. He represented a rebellion against the monarchy of Emperor Bavoda. At the palace, Bavoda asked that his trusted son Yano enter Starfleet Academy and serve a tour in Starfleet to learn more about the sciences and arts. Kirk agreed, and beamed him up the next day. But back on the planet, Spock was held hostage, and Yano chose to beam himself down in exchange for Spock. Upon learning that Kirk had lost his son, Bavoda was furious. He ordered the Enterprise crew off the planet and said he would file a formal protest with the Federation Council. Kirk moved the ship outside the range of telescopes and the three officers beamed back that night to search for Yano and the rebel leader.

A thermal scan of the surrounding country suggests one jungle area as a possible rebel HQ. Shall beam down to investigate.

The landing party was quickly captured and put in a cell with Yano. While sympathetic to the rebels' demands for democratic reforms, Yano decried their violence and asked that the officers intercede. Spock explained that the Prime Directive forbade them from doing so. Disappointed, Yano revealed that he was in fact the rebel leader. He said he would attempt to trade his people's political freedom for the lives of the landing party and his own. Riding Fayo ostriches, Yano and Kirk headed back to the city.

Meanwhile, Colonel Lam had been assigned to find Yano. He knew Yano led the rebels and thought he might be able to kill Yano while feigning ignorance. Security patrols riding camelephants caught sight of Kirk, Yano and rebel troops, and pursued them into the jungle. Kirk was able to hit one of the camelephants with his phaser and knock Lam to the ground. Yano captured Lam, ending the fight.

At the palace, Bavoda abdicated, placing his crown on Yano. The new leader pledged to enact democratic reforms. 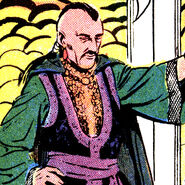 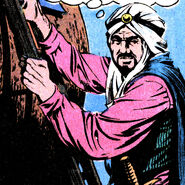 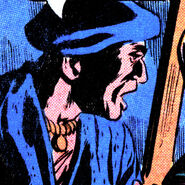 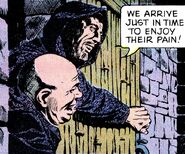 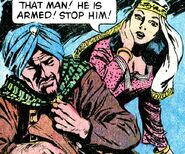 Fayon woman and an assassin. 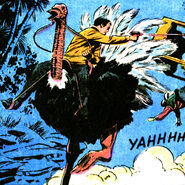 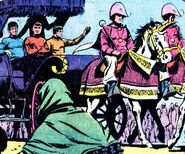 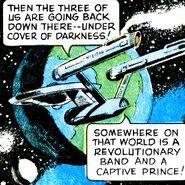