The Original Series No. 39

Frozen sleep in the depths of space! — Prophet of Peace was a comic book story published by Gold Key Comics in 1976.

In this story, a scientist and pacifist was cryogenically frozen in the 1990s and revived by the crew of the USS Enterprise in the year 2266. He takes a tour of 23rd century Earth and promotes peace. 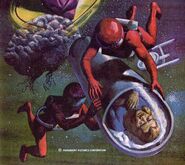 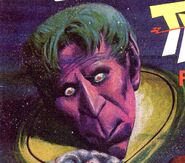 Depiction of the alien purported to have programmed Bleikoff. 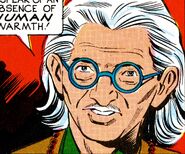 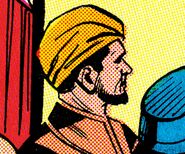 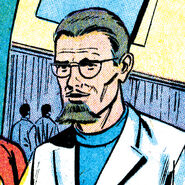 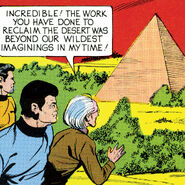 The Statue of Liberty.

Inside the Taj Mahal. 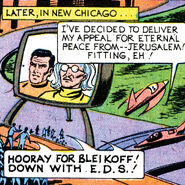 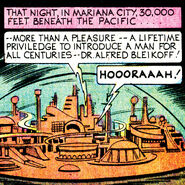 Mariana City.
Add a photo to this gallery

Retrieved from "https://memory-beta.fandom.com/wiki/Prophet_of_Peace?oldid=641816"
Community content is available under CC-BY-SA unless otherwise noted.