2373
"Public Enemies, Private Lives" was the 8th issue of Marvel Comics's 1996 regular series of Star Trek: Deep Space Nine comics. The issue consisted of a 22 page story, credited as edited by Tim Tuohy, written by Mariano Nicieza. Issue art was penciled by Tom Grindberg and inked by Bob Almond. This story was lettered by Chris Eliopoulos and colored by Matt Webb.

Kira Nerys, Jake Sisko and Keiko O'Brien visit Maurer IV, where they are captured by a Maquis group who are being aided by the Romulans.

Major Kira and Chief O'Brien are taking a runabout to Maurer IV on a botanical mission. Accompanying them are Keiko and Jake, who Captain Sisko hopes it will inspire the writing of his novel.

However, the Maquis are using Maurer IV as a meeting point to buy technology from an unknown party and Major Kira and the others soon encounter them. Chief O'Brien recognises some of the Maquis members from the incident in the germ warfare compound several weeks earlier. The crew are surprised by other members of the Maquis group and the leader determines that Jake is Captain Sisko's son. Kira is able to have the Orinoco send out a distress call just before a Romulan warbird decloaks and destroys it. Kira and O'Brien are knocked out and Jake and Keiko are stunned by phasers. The Maquis learn that their contacts are surgically altered Romulans disguised as Humans, before they too are shot.

Deep Space 9 receives the distress call and Captain Sisko launches the Defiant on a rescue mission, planning to take the ship through the Badlands, Maquis territory.The

The Romulans are led by Narek, who is keen to aid the Maquis in their fight against the Federation and the Cardassians. Narek begins to interrogate Jake, but is stopped by Tomalak. Narek's father.

While Kira and O'Brien plan an escape, Sisko receives a transmission from Cal Hudson, who explains that the Maquis on Maurer IV are dissidents. Sisko asks for Hudson's help. 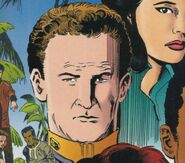 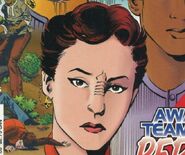 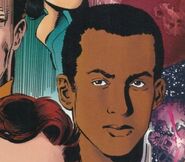 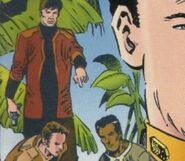