unknown
Rescue at Raylo was a Star Trek: The Original Series coloring book. It was one of two coloring books published in 1978 by Whitman Publishing, the publisher of Gold Key Comics. It was reprinted by Merrigold Press in 1979.

In this story, the USS Enterprise visited the planet Raylo.

As James T. Kirk and Spock were exploring Raylo, tiny rocket drones emerged from a cave and incapacitated them. Spock awoke a few minutes later and asked Leonard McCoy to beam down. McCoy gave Kirk a hypo shot, but he awoke hypnotized. Spock and McCoy followed Kirk through the cave into a room full of diminutive Mortards. Kirk climbed into a stasis chamber that began to drain his electrical energy.

Spock and McCoy discovered five other prisoners, then Mortards brought them to Doctor Rycho. Rycho jammed Spock's communicator, blocking contact with Nyota Uhura and Montgomery Scott. When the Mortards ushered Spock and McCoy toward prison cells, Spock hit one of them, revealing it to be a robot. Rycho explained that his robots were powered by electricity from captured aliens. He then threw knock-out powder at Spock and McCoy, rendering both unconscious.

After Spock awoke, he theorized that the stasis devices could be disrupted with communicators. When Kirk answered Spock's hail, the equipment shorted out and Kirk broke out of the chamber. He freed other captives, including a rescue team led by Doctor Burton. Burton revived McCoy with a hypo. Kirk told Uhura that he was bringing Rycho and the rescue team back aboard the Enterprise. 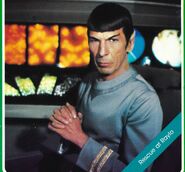 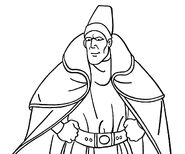 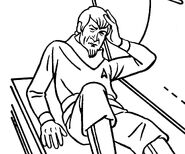 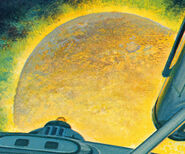 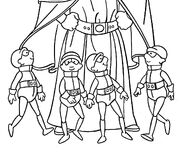