The Original Series (IDW ongoing) No. 53

2262.335
"Reunion, Part 1" is the 53rd issue of IDW Publishing's 2011 ongoing series of Star Trek comics, written by Mike Johnson. This was the first part of the Reunion story arc, illustrated by Tony Shasteen.

PREVIOUSLY IN STAR TREK...
The crew of the U.S.S. Enterprise found themselves face-to-face with their doppelgangers in a Mirror Universe. They escaped with help from the peaceful Augmented human Singh, and have resumed course on their Five-Year mission of exploration... 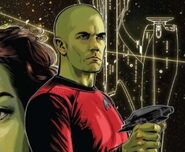 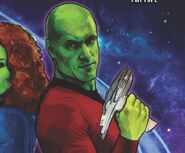 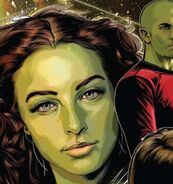 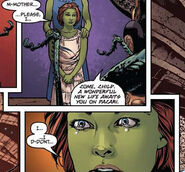 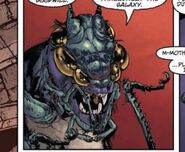 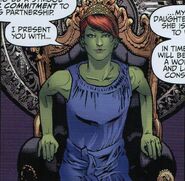