For other uses, see Revenant.

2370s
Revenant is a Star Trek: Deep Space Nine novel released in December 2021, a story by Alex White taking place during the DS9 television series, with a focus on Jadzia Dax.

An all-new novel based on the landmark TV series Star Trek: Deep Space Nine from the acclaimed author of A Big Ship at the Edge of the Universe!

Jadzia Dax has been a friend to Etom Prit, the Trill Trade Commissioner, over two lifetimes. When Etom visits Deep Space Nine with the request to rein in his wayward granddaughter Nemi, Dax can hardly say no. It seems like an easy assignment: visit a resort casino while on shore leave, and then bring her old friend Nemi home. But upon arrival, Dax finds Nemi has changed over the years in terrifying ways… and the pursuit of the truth will plunge Dax headlong into a century's worth of secrets and lies!

An old friend of the Dax symbiont, Commerce Commissioner Etom Prit, visits Deep Space 9 on a Trill trade mission. He invites Jadzia Dax to dinner and tells her of a bad situation with Jadzia's old friend Nemi Prit, Etom's granddaughter. Nemi washed out of the initiate program for joining and ran away. Dax initially declines, but reconsiders after she has a disturbing vision of Nemi and her old wayward host, Joran Dax. Julian Bashir recommends she take some time off because of problems with her isoboramine levels, which might be related to the visions. Dax takes shore leave and follows Etom's information to find Nemi in a casino on Argelius II. Nemi declines Dax's invitation to talk about why she ran away, and Dax forces the issue by playing against her at the gambling tables. Nemi retreats to her rooms, and Dax follows, climbing up to Nemi's accommodations. The two struggle and Dax, fearing she injured Nemi, scans her body and finds she is dead, but has signs of having been joined with a symbiont. Nemi strikes back with symbiont electricity, paralyzing Dax and escaping Argelius.

Pools at the Caves of Mak'ala. 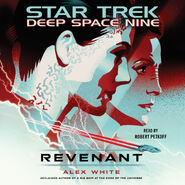 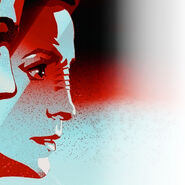 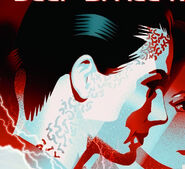