Captain James T. Kirk and the crew of the U.S.S. Enterprise are revisited by two of the most popular Star Trek characters, con man Harcourt Fenton Mudd and Gary Seven, the human agent of a mysterious, highly advanced alien intelligence.

As always, Harry Mudd is in the thick of things, this time caught between the angry Klingons and even madder Nasgul. Only Kirk can save his life and recover the religious artifact the zealous Nasgul demand before they declare interplanetary war.

Then, the Federation wants to test a new protomatter weapon when Gary Seven suddenly arrives from the 20th century to dissaude Kirk and Spock from its use. The situation escalates until Seven is forced to reveal his enigmatic past once and for all. 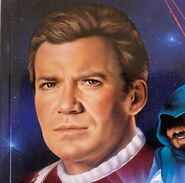 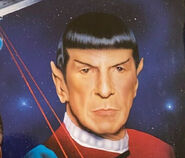 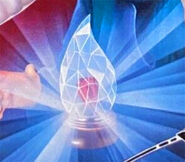