Serpents in the Garden

Serpents in the Garden

Early in his five-year mission commanding the USS Enterprise, Captain James T. Kirk found himself caught up in a growing conflict on the planet Neural. To maintain the balance of power against a force being armed by the Klingons, he provided weapons to his friends, the Hill People. Years later, Admiral Kirk learns that the Klingon presence on the planet has grown considerably, in possible violation of the Treaty of Organia. Did his impulse as a young captain turn out disastrously wrong? Should he–could he–have done more to eliminate the Klingon threat? To find out, he embarks on a secret mission back to Neural–where he might just be the only person who can prevent an interstellar war.

Kirk receives reports of increased Klingon activity near Neural. Worried that events may have gone for the worst on the planet after his previous visit, Kirk decides to return there on an unofficial basis, along with his aide Rowland and two security guards.

Arriving on Neural, Kirk learns the former Villagers have established a city they have named Victory and are capturing people to use as slaves to provide leutrinium for the Klingons. Tyree has gathered together several tribes to form a walled stockade, Freehold, to protect them from the slaver parties.

With their escorts having been killed in early skirmishes, Kirk and Rowland infiltrate Victory to observe the operation there. However, when a group of Freeholders including Tyree are captured while searching for Nyran, a boy who wanted to help Kirk, Kirk and Rowland also allow themselves to be captured to protect Tyree's identity being exposed.

Apella becomes aware of Kirk's presence among the slaves but keeps it secret from Krell. Kirk attempts to convince Apella that he is little more than a Klingon slave himself. He has realised that the best way to force the Klingons off planet without it meaning war is for the people to unite in rejecting them. He tries to convince Tyree and Apella to join together in this but negotiations are cut short when the Freeholders attack Victory and a fierce battle breaks out.

When Rowlands is killed saving members of both sides, Kirk convinces Tyree and Apella to call for a temporary truce. While Tyree clears the area, Kirk and Apella hijack Krell and his ship and use it to destroy the Klingons' ore smelter. They engage in battle with a bird of prey and are saved by the arrival of the Potemkin, which Kirk's old crewmembers Scotty, Chekov and Uhura volunteered to come to his assistance aboard. Soon after, the Neuralese unite to force the Klingons to leave the planet and Kirk leaves them alone to rebuild the world and organise a proper deal for their ore. 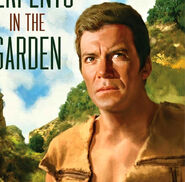