For other uses, see Shran.

Shran's family refers to the Andorian and Aenar ancestors, descendants, and relatives of Hravishran th'Zoarhi. Shran comes from a military family, and being a prominent officer himself, he found his life intertwined with the Aenar that were used as weapons by the Romulans. This led to a union between him and three Aenar, resulting in the first known Andorian-Aenar hybrid. 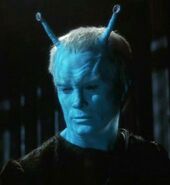 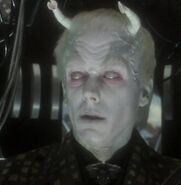 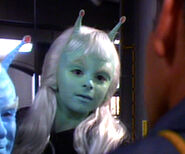 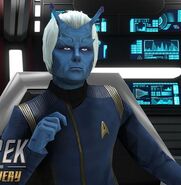 Thy'kir Shran
Add a photo to this gallery
Retrieved from "https://memory-beta.fandom.com/wiki/Shran%27s_family?oldid=643604"
Community content is available under CC-BY-SA unless otherwise noted.