"Space Seed" was the 24th episode of Star Trek: The Original Series, the 24th episode of the show's first season, first aired on 16 February 1967. The episode was written by Carey Wilber and Gene L. Coon, directed by Marc Daniels and novelized in Star Trek 2 by James Blish.

On stardate 3141.9, the USS Enterprise comes across a ship floating in space. It is found that it is the SS Botany Bay, a ship lost during the end of the Eugenics Wars in the late 1990s decade. When the crew discover this vessel, historian Marla McGivers, Captain Kirk, Scotty, and Doctor McCoy all beam aboard to see who is still alive.

in or near Mutara sector, the galaxy's Beta Quadrant

Collector's edition VHS release with "The Return of the Archons". 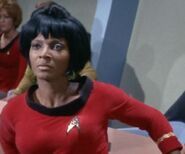 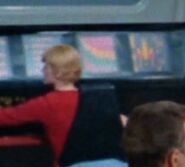 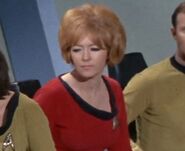 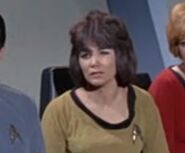 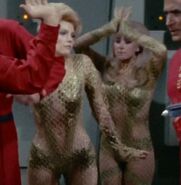