ISBN 0671790897
The Spaceflight Chronology was a Star Trek reference book published by Pocket Books December 24, 1979, by Stan and Fred Goldstein, illustrated by Rick Sternbach. It was, at time of printing, considered canonical.

The Human adventure is just beginning!

The publication of this book initiates an exciting and necessary project: to provide Starfleet Academy cadets with a concise illustrated history of their home planets, spaceflight, evolution and development.

So, cadets from Earth, welcome to the history of your planet's two-and-a-half illustrious centuries in space—years filled with extraordinary achievement, darkened by great tragedy, marked by countless marvels and perils. The future will be made by you who read this chronology.

Learn the past to make the future.

The book opens with a letter from Commandant of Starfleet Academy Brigham Wu thanking the faculty who helped to author the volume, which is intended to educate Starfleet Academy cadets about the history of the Federation and Starfleet, beginning with the early space voyages of Earth.

At the time that the Spaceflight Chronology was published, canon consisted solely of The Original Series and the TOS movie: The Motion Picture. Licensed sources up to that date only included a handful of novels by Bantam Books and the series of comics by Gold Key Comics, and did not have any cohesive influence on the topics of the Chronology.

The timeline described in Spaceflight Chronology and the events and ships therein were used by a number of other licensed works from the 1980s, such as the novels The Final Reflection, Strangers from the Sky, and Spock's World, the reference book "Mr. Scott's Guide to the Enterprise", and FASA's Star Trek: The Role Playing Game. The FASA RPG's reference stardate system was a modified version of the SFC timeline, and dates from novels, FASA products, and other items based on this timeline are incorporated (with source notes).

The SFC timeline was increasingly strained by the events of the TOS movies, and eventually invalidated by details that were revealed over the course of Star Trek: The Next Generation and Star Trek: Enterprise. Due to this, some details from the SFC timeline must inevitably be disregarded. However, other details can be adapted (albeit imprecisely) into the now-standard timeline.

Differences from the standard timeline[]

In the SFC timeline, WW3 appears to be synonymous with the Eugenics Wars, is over by 1996, and has negligible effect on the expansion into space. The first decades of the 21st century are one long march of progress into the solar system, climaxing with manned sublight voyages to nearby star systems.

The SFC envisions much more rapid development in this period than later canon, and the situation at the end is completely different. It is very problematic to adapt SFC events in this period to the standard timeline. They need to be determined on a case-by-case basis to see how they mesh with later canon.

Following some 50 years of exploration, expansion, and development into the solar system, Earth was a stronger and more dynamic entity at mid-21st century in the SFC timeline than the war-ravaged place on the brink of complete collapse that emerged in Star Trek: The Next Generation, Star Trek First Contact, and Star Trek: Enterprise. The flow of events in its first contacts with its alien neighbors and interactions with them are equally different.

The SFC timeline in this period is completely unlike that later established in canon: Instead of a world reeling from global war and skirting the brink of complete collapse, with a single warp test vehicle spurring the Vulcans to make First Contact, there is a thriving but peaceful society throughout the solar system, making its first expeditions to other stars. Rather than being both aided and "held back" under Vulcan tutelage, Earth is one of the most advanced and leading societies in nearby space. Many of the events in the SFC timeline simply cannot be adapted to the main timeline, and those which can would likely have to be "stretched" or altered in some way to fit the different circumstances.

Birth of the Federation and the Romulan War[]

This period is the SFC's closest equivalent to the period depicted in Star Trek: Enterprise, even though the dates, sequence of events, and the political circumstances have many differences.

A period of interstellar diplomacy and trade, with increasing covert provocation by the Romulans culminating in war, this period has many strong parallels to the canon 2150s and 2160s. Major differences include the timing of the incorporation of the UFP relative to the Romulan War, and the relative strengths of the founding members (and composition; the SFC includes Rigel as a founding member), but if one includes the Coalition of Planets and compresses the timescale, a number of broad events and specific items are readily adaptable to the standard timeline.

The United Kingdom publication company, Phoebus Publishing, released an abridged version of the Spaceflight Chronology. The second cover posted above is from this book. This was released in 1980 to fans in England. This book contained the timeline and some starship profiles but lacked the news articles.

From the back cover:

The Spaceflight Chronology - abridged from a much greater work - has been compiled to provide Star Fleet Academy Cadets with a concise, illustrated history of their home planet's space-flight evolution and technical development. It covers two centuries, starting with the first Space Shuttle flights in 1980 and ending with the heavy cruiser Constitution class star ships in 2188. More than 100 spacecraft are featured; these include the Icarus which, in 2048, made Earth's first contact with the Alpha Centauri civilization and the King Charles, the most luxurious starliner ever built. Henceforth, freshman Cadets of planet Earth and eventually all freshman Cadets from Vulcan, Rigel, Alpha Centauri, Tellar and Andor, should include Spaceflight Chronology on their essential reading list. 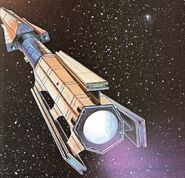 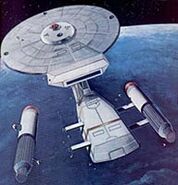 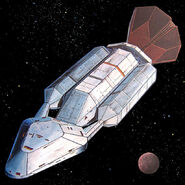 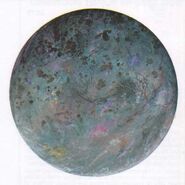 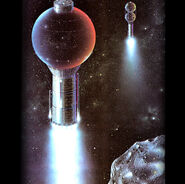 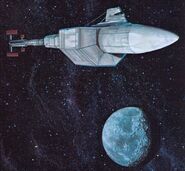 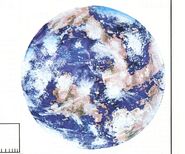 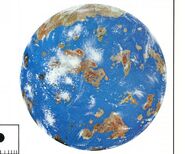 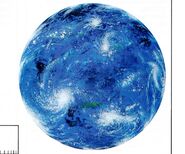