Spectre of the Zond

For other uses, see Spectre.

Spectre of the Zond

Unknown
"Spectre of the Zond" was a Star Trek: The Original Series comic strip published in 1969. It was the eighth story arc in the UK comic strips series, released in six parts within issues of TV21 & Joe 90. This was the eighth of 11 stories illustrated by Harry Lindfield.

Teaser, 4 October 1969
Something strange was happening aboard the Starship 'Enterprise'. Crew members had reported unmistakable physical contact… when there had been nobody else near! Now, in his quarters, Captain James T. Kirk had had his bedclothes ripped off by unseen hands… and watched his uniform flung across the room by some invisible force!

During a routine exterior maintenance check, crewmen feel invisible hands poking at them. That evening, Kirk awakes to see his uniform shirt levitate. In the briefing room, Leonard McCoy suggests trying to contact any invisible beings on the ship. A communicator floats and opens by itself. Over its speaker speaks a disembodied Zond, who says he is from the nearby planet Vartax and asks for their help. Montgomery Scott and Hikaru Sulu accompany Kirk to the surface, where they find a Zond corpse. The communicator voice explains that primitives had invaded their cities and slaughtered them, but that their personalities survived in a non-corporeal state. It begs Kirk to locate restoration machinery within Vartican caves to rejuvenate their bodies.

Kirk beams down a security squad. Leaving crewman Tremayne to guard a cavern entrance, the rest explore underground tunnels. Shortly they come upon a group of Varticans, but these beings are terrified, not threatening. Sulu runs back to the cave entrance to retrieve a universal translator, but is surprised to find Tremayne dead. After returning with the device, the landing party is able to communicate with the Varticans – who reveal that the crew has been duped. The Zonds were an invading extra-planetary force with invisibility powers who'd captured Vartican cities. At that moment, armed Zond forces turn visible on the bridge and force Spock to surrender. Using the ship's transporters, Zonds maroons the entire crew.

However, Spock has been able to hide aboard the Enterprise. He surreptitiously begins gassing and incapacitating the now-visible intruders. In an abandoned city, Kirk locates a long-range beam weapon capable of destroying his starship. Uncomfortable with killing Spock without a warning, Kirk hails him, just as Spock is sneaking onto the bridge through a secondary entrance. Zonds overhear the hail, and Spock is forced to dive at them, then quickly captures the Zond leader. At gunpoint, Spock forces them all into a space bug and off the ship. The Zonds destroy themselves rather than face an intergalactic court of law. 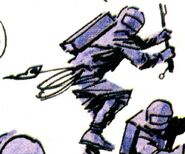 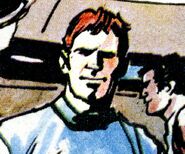 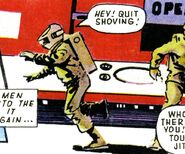 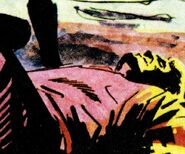 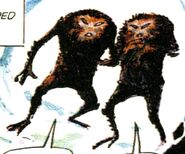