This article is about the DC Comics story. You may be looking for the Split Infinite, a spacial anomaly.

8812.1, unspecified
"Split Infinities" was part one of the two-part Convergence story arc, a crossover between The Original Series and The Next Generation involving Gary Seven. This first half of the story was printed in DC Comics' sixth and final TOS Annual in 1995.

Captain's log, stardate 8812.1
The Enterprise is en route to Starbase 40 for rendezvous with starships Endeavor and Copernicus.

Captain's log, supplemental
We've informed Starbase 40 that our arrival will be delayed while we investigate the attack on the Enterprise, the murder of Gary Seven... and Spock's disappearance.

The Enterprise gains more visitors: Senior Supervisor Exana and her cat Nova, Seven's allies. Exana explains that she and Seven are acting against orders from their overseers, the Aegis, by contacting the crew of the Enterprise. She says that Devidians are using time travel to kidnap significant historical figures and aiming to destroy the Federation, which convinces Kirk to head for the Devidian system.

In the year 2371, in an alternate reality created by the time tampering, Ambassador Sybok celebrates progress towards the Unification movement with his close friends Commander Data and Captain Jean-Luc Picard aboard the USS Enterprise-D. But Guinan intuitively feels that time had been altered. An intruder suddenly materializes behind Data in Ten-Forward and kidnaps him.

(USS Enterprise-D) Captain's log, supplemental
Commander Data has been taken by an unidentified intruder. Until facts indicate otherwise, we are proceeding under the assumption that Data is alive. Due to the nature of our mission, and proximity to the Neutral Zone, we must consider the possibility that the Romulans may be responsible.

Triolic energy signatures lead William T. Riker and Geordi LaForge to conclude that the Devidians have taken Data. After Guinan tells Jean-Luc Picard that time is continuing to be altered, he orders the ship to divert immediately to the Devidian system at maximum warp.

Meanwhile, imprisoned within a large force field and crates of supplies on a barren planet are Spock, Romulan General Tellius, John Harriman and new arrival Data, who recognizes the others from historical records. 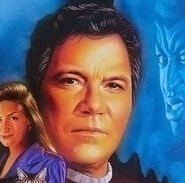 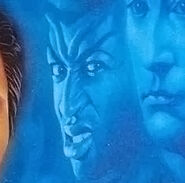 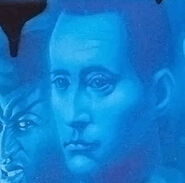 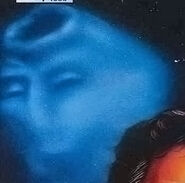 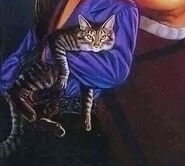 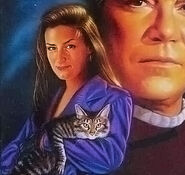 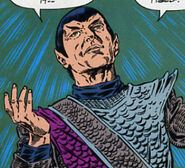 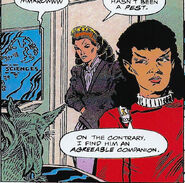 Nova and Exana and Saavik. 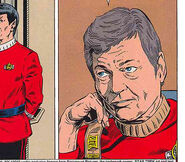