Storytelling isn't easy…
… especially in a universe this big.

Any Star Trek game session is only as good as the narrator who runs it. In the Star Trek: The Next Generation Roleplaying Game, the narrator acts as director, producer and writer, in addition to playing the roles of the entire supporting cast. While this may seem daunting at first, don't despair; many players find it to be the most challenging and rewarding part of the game. Final Frontier: The Narrator's Toolkit is designed to make your life as a narrator a little easier.

Packed with storytelling hints and design tricks, Final Frontier: The Narrator's Toolkit gives you all the tools you need to create larger-than-life adventures in the final frontier. It includes:

An indispensable resource for experienced and novice Narrators alike, let Final Frontier: The Narrator's Toolkit take your Star Trek: The Next Generation games to the next level. 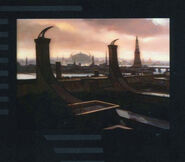 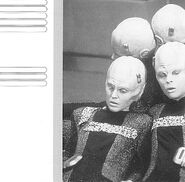 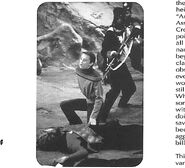 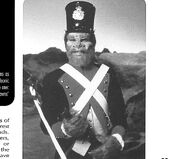 One of Q's French animal-creatures. 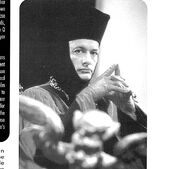 Q as a post-atomic horror judge. 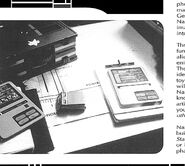 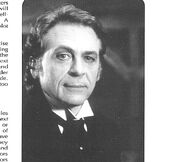 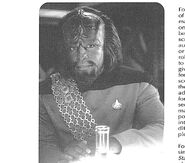 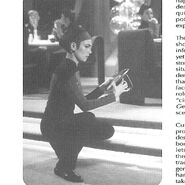 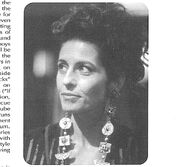 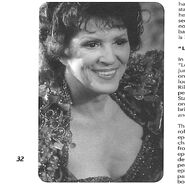 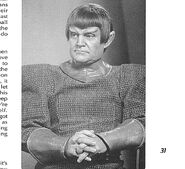 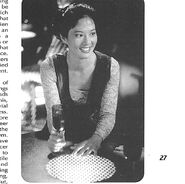 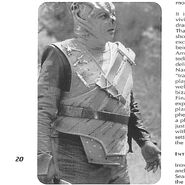 Picard and William Riker in the observation lounge. 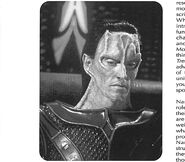 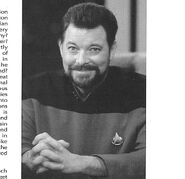 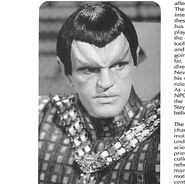 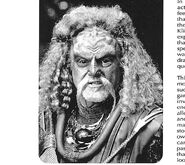 Away team in transport. 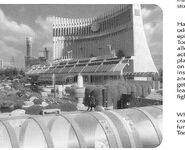