Star Trek Into Darkness is the twelfth Star Trek feature film, which was released in May, 2013.[1]

Like 2009's Star Trek, the film was preceded by a comic book miniseries published by IDW Publishing. The series is named Countdown to Darkness.[2]

Months after the dramatic events seen in the 2009 blockbuster film Star Trek, the crew of the U.S.S. Enterprise—including Captain James T. Kirk, First Officer Spock, Doctor Leonard McCoy, Lieutenant Nyota Uhura, Chief Engineer Montgomery Scott, Lieutenant Hikaru Sulu, and Ensign Pavel Chekov—is called back home. But an unstoppable force of terror from within their own organization has declared all-out war on Starfleet and everything it stands for, leaving Earth in a state of crisis. Now with a personal score to settle as a result, Kirk must lead a covert manhunt to a war-zone world to capture a one-man weapon of mass destruction. As these valiant heroes are propelled into an epic chess game of life and death, love will be challenged, friendships will be torn apart, and sacrifices must be made for the only family Captain Kirk has left: his crew.

On planet Nibiru, Kirk and McCoy steal a sacred scroll, luring the natives away from a temple about to be destroyed by a natural disaster. A shuttle piloted by Sulu and Uhura delivers Spock into a volcano with a device that will prevent an eruption that would wipe out the planet's civilisation but his safety cable snaps. With no other way to save him, Kirk pilots the Enterprise in full view of the planet's inhabitants to beam him aboard.

Back on Earth, Kirk is castigated for breaking the Prime Directive and relieved of command. Pike takes over with Kirk as his first officer while Spock is reassigned to the USS Bradbury.

Thomas Harewood, a Starfleet officer working in London, is blackmailed by rogue Starfleet operative John Harrison, who saved his daughter's life with a blood transfusion, to destroy the facility where he works with a concealed bomb. Starfleet head Admiral Marcus convenes a meeting that Pike, Kirk and Spock attend but Harrison has anticipated this, attacking the meeting in a shuttle and killing Pike and several others. Kirk manages to bring the shuttle down but Harrison beams off.

Scotty discovers a transwarp beaming device in the wreckage and learns Harrison beamed to a deserted part of Qo'nos. Marcus puts Kirk and Spock back in charge of the Enterprise and assigns them to use a new torpedo to destroy Harrison from a distance. Scotty refuses to take receipt of the torpedoes without proper schematics and he and Keenser resign, leaving Chekov as chief engineer. Lieutenant Carol Wallace signs aboard the Enterprise as a science officer but Spock quickly deduces she is actually Carol Marcus, the admiral's daughter.

When the Enterprise warp drive mysteriously fails on entering Klingon space, Kirk takes a team to Qo'nos to find Harrison, having Sulu transmit a warning to him about the missiles. Harrison saves them from a Klingon patrol and surrenders on hearing there are seventy-two missiles. He tells Kirk to investigate a set of co-ordinate near Jupiter and the torpedoes. Kirk asks Scotty, still on Earth, to do the former while McCoy and Carol discover the torpedoes contain three hundred-year-old humans in cryogenic suspension.

Harrison reveals he is Khan, a war criminal who fled Earth in suspended animation. He was found and revived by Marcus, who used him in his attempt to militarise Starfleet for the war he considers inevitable. When it became clear Marcus would never keep his promise to revive his crew, Khan tried to smuggle them out in the torpedoes but had to flee alone. Marcus hoped the Enterprise would be discovered firing on Qo'nos and trigger a war with the Klingons.

Marcus arrives in a secret Federation warship and demands Kirk turn Khan over for execution. Kirk heads to Earth at warp but the faster ship fires on and cripples the Enterprise in Earth's solar system, killing several crew members. Carol alerts Marcus to the fact she is onboard in the hope she will spare the crew but he simply beams her off.

As Marcus is about to fire on the Enterprise, his ship powers down: Scotty found the ship at the co-ordinates Khan gave and stowed away onboard. He helps Kirk and Khan board via the airlock and together they overpower the crew and take the ship. Suspicious of Khan, Kirk has Scotty stun him but Khan recovers and overcomes his allies before killing Marcus. He then threatens to kill them if Spock doesn't return his crew. Spock beams over the torpedoes and Khan returns Kirk, Scotty and Carol. However, the occupants of the torpedoes have been removed and the torpedoes armed: They explode, crippling the warship.

The Enterprise nearly crashes into Earth and Kirk suffers a fatal radiation dose manually realigning the engines. Khan tries to crash the warship into Starfleet Headquarters but hits the bay instead. Spock beams down and pursues him through the streets. Then McCoy realises a tribble he injected with a sample of Khan's blood has come back to life and Kirk could be revived in the same way. Uhura beams down as Khan is about to kill Spock and shoots him repeatedly with a stun blast, allowing Spock to batter him unconscious.

Kirk is successfully revived and Khan is placed back in suspended animation with his followers. One year later, following an extensive physical refit, and with Carol remaining with the crew, the Enterprise departs on a five-year mission. 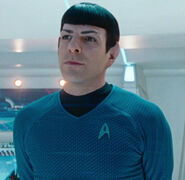 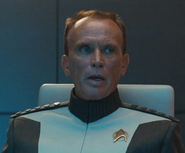 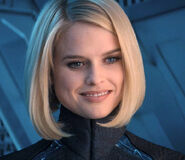 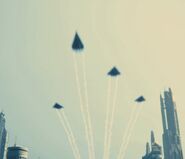 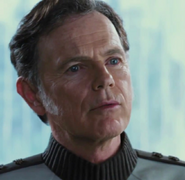 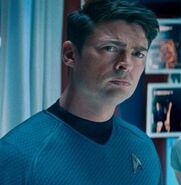 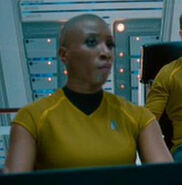 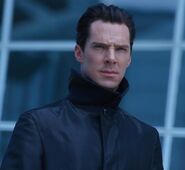 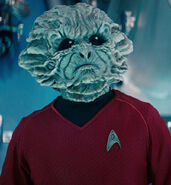 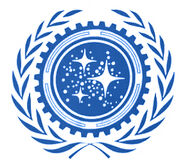 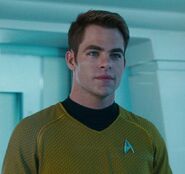