The Star Trek Magazine is an official publication by Titan Magazines featuring news, interviews and reviews covering all aspects of Star Trek. The magazine was first published in 1995 as Star Trek Monthly, in 2004 production was reduced to bi-monthly and its name altered to the current title. In 2006 the magazine began to be released in the USA as well as the original UK market, and in 2009, coinciding with the release of the new Star Trek movie, production was increased once more, to a release every six weeks.

The magazine was first published in the UK in March 1995 as Star Trek Monthly and was also sold in Ireland and Australia. In January 2004 the publication switched to bi-monthly changing its title to the current name and increasing it page count from 68 to 100.

In August 2006 the magazine started to be published in the US with the UK issue #128 being published as issue #1 in America. The separate numbering systems continue but content remains largely the same with the exception of early issues of the US edition being a smaller 68 page version with supplements boosting the page count to 100 in the UK edition. Since being published in the US and UK the issue page counts have switched between 68 and 100 page editions dependent on the amount of content available, with events and special feature issues getting a higher page count.

As of issue #137 the format of the magazine was changed to smaller 20x27.5cm (rather than the previous 21.5x30cm), varying between more common staple bound 67 page issues and occasional 100 page perfect bound specials. By this issue printing of the magazine had also been moved to the US resulting in a delayed release in the UK (which for earlier issues released in both countries had received issues earlier). As of issue #143 production of the magazine increased slightly with new issues released every six weeks. 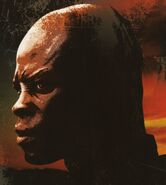 Retrieved from "https://memory-beta.fandom.com/wiki/Star_Trek_Magazine?oldid=630231"
Community content is available under CC-BY-SA unless otherwise noted.