In the aftermath of the events of Starfleet Command's story campaigns (resulting from the disappearance of the Organians), the galactic powers have been in a constant state of war. It is at this point that the Organians return to known space, bringing with them a 'galactic superpower', the Interstellar Concordium, to enforce on the other races, as the Organians have become tired of trying to police things. The 7 galactic powers resist this forced peace, and a new war ensues.

As the story progresses, it is revealed that the ISC is committing various misdeeds (such as working with the Orion pirates to manufacture the Venus drug and subjecting captured citizens of the other galactic powers to forced reeducation) that the Organians would never tolerate from the other galactic powers. However, when these facts are brought to the Organians, the Organians reveal that they are well aware of what is happening, but will not elaborate on why they are allowing it.

Eventually, the other galactic powers enter into an alliance to repel the ISC invasion, beginning with the liberation of 3 ISC stations that are serving as Reeducation camps. When the main ISC base is destroyed, the war is essentially over. However, the galactic powers decide that the Organians must stand trial for their involvement in bringing the ISC to known space. After one final battle, the Organians agree to stand trial. It is revealed that the Organians went to the Andromeda galaxy during the events of Starfleet Command, and that bringing the ISC in to enforce peace was a ploy to teach everyone, including the ISC, how to unite against a common foe; a foe that is revealed to be the Andromedans.

The second story campaign, playable only by the Mirak, Lyrans, Hydrans, and Klingons (and having no relation to the War of Pacification), focuses on the discovery of artifacts belonging to an ancient race of telepaths. When it is revealed that these artifacts could alter the balance of power in the galaxy, discovering them takes on even more importance. After encounters with cults intent on using the artifacts to inflict pain on everyone in known space, as well as space monsters that are hundreds of millennia old, the homeworld of the telepaths is discovered, and a plan to capture an enemy admiral and force him to do the bidding of the players faction is devised. The campaign ends with the enemy vanquished and the players faction victorious.

While SFC2 used the same combat engine as SFC1, the multiplayer aspect was completely overhauled for the new Dynaverse. Dynaverse was an attempt to do large scale multiplayer, similar in some ways to an MMORPG. Players of the same faction could team up for missions, and the overall goal was to be the last faction standing. 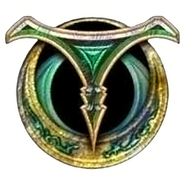