From the back cover: What begins as a sticky political problem soon evolves into full-scale chaos for Commander Sisko when a tomb of Cardassian soldiers is discovered on Deep Space Nine. While Sisko searches for a diplomatic way to return the soldiers to Cardassia, the "bodies" begin to pulsate with life, determined to seek revenge on the enemies now occupying the former Cardassian stronghold.

But as the soldiers launch their attack to cripple the station, and Sisko struggles to regain control, another old enemy plots to destroy the soldiers at any cost -- even if it means destroying Deep Space Nine as well! 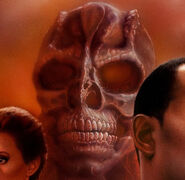 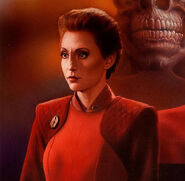 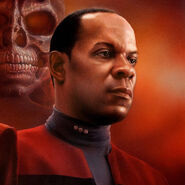 Retrieved from "https://memory-beta.fandom.com/wiki/Station_Rage?oldid=714394"
Community content is available under CC-BY-SA unless otherwise noted.