46257.8
"Stowaway" was the first issue of Malibu Comics' 1993 series of DS9 comics, released in August 1993. The issue consisted of 24 pages of story, written by Mike W. Barr and edited by Tom Mason. The art was penciled by Gordon Purcell and inked by Terry Pallot, with Kara Lamb credited as assistant editor. A strange mold is discovered on the space station.

Keiko O'Brien's school class are on a field trip to Jadzia Dax's science laboratory. When Jake Sisko and Nog break a beaker, Keiko takes the other children back to class, leaving the boys to clean up. While horsing around, they open a compartment in the lab, releasing a strange material. The boys flee the lab.

Elsewhere, the starship Armstrong has arrived at the space station following a mission in the Gamma Quadrant. Doctor Josiah Wembley, a famous Federation scientist, oversaw the mission and Captain Johnson of the Armstrong asks Commander Sisko to have archaeological artifacts discovered in the mission stored on the station. Chief Miles O'Brien takes the artifacts to level 14, where he is overcome by the substance released by Nog and Jake, but is able to request an emergency transport out. O'Brien is beamed to the infirmary and treated by Dr. Julian Bashir. Bashir and Dax identify the substance as a mold, but an unusual one. It absorbs oxygen, like a plant, but emits a toxic gas. Dax and Bashir cannot determine why the mold is growing at such a quick rate.

The mold soon reaches the Promenade and overwhelms Quark in his bar, but fortunately Odo transforms into a rat and reaches Quark before he suffocates. Odo drags Quark out, while Garak watches from a distance. Odo orders him to evacuate to an emergency station.

In Ops, Sisko wants to move from defensive measures against the mold and asks for suggestions. Bashir and Dax report that analysis of the mold shows Cardassians are responsible for genetic modifications to it. Kira Nerys suggests the mold is a sabotage attempt by the Cardassians, but Sisko realizes that something caused the mold to act this way. Sisko has an idea. Bashir goes to Garak, but Garak only evades Bashir's questions.

Sisko has determined that the artifacts from the Gamma Quadrant have caused the mold's activation, Captain Johnson fears any investigation could destroy the artifacts and that he and Dr. Wembley will not allow that. Jadzia still advocates sending the artifacts back to the Armstrong, but Bashir suggests another course of action, to use a fungicide against the mold.

Jadzia reports to Sisko that the fungicide was ineffective. Sisko talks to Dr. Wembley, but Wembley denies his artifacts are to blame. The crew soon have another problem: three Cardassian ships led by Gul Dukat are approaching the station. Dukat wants the mold and threatens to kill the station's inhabitants if Sisko doesn't allow them to take it. 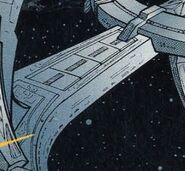 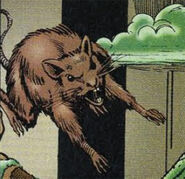 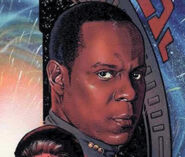 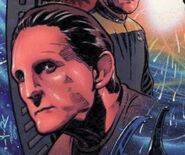 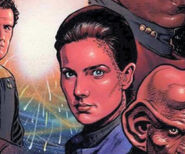 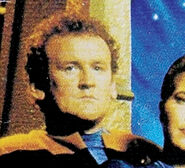 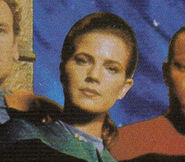 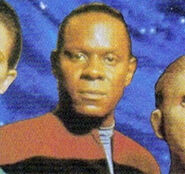 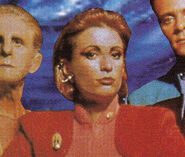 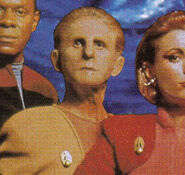 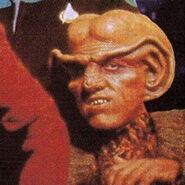