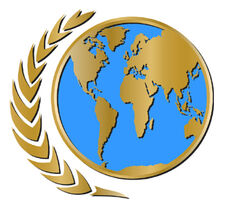 Terran is a common adjective describing an origin or association with Earth, the homeworld of the Human species. The term is derived from terra, the word for Earth in the Human language Latin.

In the prime universe, the term is still encountered on occasion, although it is considered archaic. The USS Saratoga patrolled the Terran system before encountering the Cetacean probe in 2286. (TOS movie: Star Trek IV: The Voyage Home)

During the Borg Invasion of 2367 when approaching Earth Data referred to the system as the Terran System.

In Klingon, a similar term, tera', means Earth. The nouns Human and Terran are translated as Human and tera'ngan, respectively. (tlhIngan Hol reference: The Klingon Dictionary)

Retrieved from "https://memory-beta.fandom.com/wiki/Terran?oldid=677846"
Community content is available under CC-BY-SA unless otherwise noted.