The Original Series No. 36

captain's log, USS Saratoga, stardate 8908.3
As per orders of Starfleet Command, we are currently en route to the neutral zone— —carrying a most impatient passenger.

Captain's log, stardate 8908.3
Flanked by several Romulan Z-1 (Nova) class XIIII battleships, we are in pursuit of the renegade Romulan vessel Predator— —A ship whose crew has been infected by a bizarre mutant virus and which is currently headed straight for the heart of the Romulan Empire…

Captain's log, Stardate 8908.5
At maximum transwarp, we are attempting to intercept the fleeing Predator— —leaving our reluctant Romulan allies to deal with this situation in their own way…

Captain's log, USS Saratoga, stardate 8908.7
At the boundary of the neutral zone, our vigil continues…

Captain's log, stardate 8908.6
Under Mister Scott's capable direction, the damaged Predator is being passed through our makeshift transporter screen— —to eventually emerge renewed and purified on the opposite side— —or so we hope! The reintegration of the Predator and her crew begins— —slowly at first, with the care of a sculptor approaching fine marble— —while we and our Romulan allies hold our collective breaths— —and watch in anxious anticipation as the battleship slowly shimmers into view once more! Even if complete reintegration of the Predator is successfully accomplished, what will we find? Will the Predator's crew be cured of its deadly affliction? Will they even be recognizable anymore?

Personal log, stardate 8909.4
Despite the cost to our own careers, Bones, Scotty, Sulu, Chekov, and I have brought Spock home— —Where all we can do is wait— —and pray… 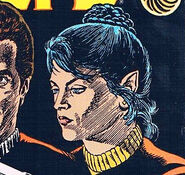 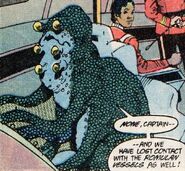 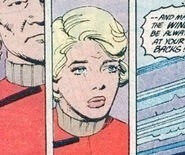 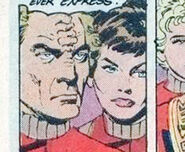 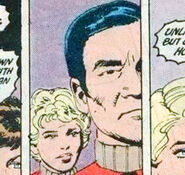