The Barrier of Essai

2270s or 2280s
"The Barrier of Essai" was a module for FASA's Star Trek: The Role-Playing Game. It was the sixth of eleven licensed adventures published in FASA magazines, this one in Stardate Magazine vol.2 #9, and was written by Michael A. DeLuca II, who also wrote the short story "Planetfall". In this module, the survivors of a wrecked Klingon battlecruiser were stranded 37 light years from home without warp power.

In this adventure, players control Klingon characters through a series of encounters with a strange world and its inhabitants... Essai is an interesting place. Because of the barrier which protects it, the system's star is not visible from the worlds of the Klingons, Romulans or the Federation. It is also situated so near the site of a supernova that no one would ever suspect that it could support life.

During a mission to patrol the Triangle sector in the Federation-Klingon Neutral Zone, the IKS K'vinta is ambushed by three Vas Hatham-class Romulan bird-of-prey cruisers near the Beta-Origi nebula. Captain Kordon sutai-Donatil ejects the command boom from the secondary hull, but before he can rig the engineering section to self destruct, Romulans vaporize it with disruptors. The cruisers depart, leaving 29 survivors aboard the primary hull. One impulse engine works, but the bridge is damaged and subspace communication is beyond repair. Ship's supplies will only last for a few months.

Shortly after the ship begins limping back to the Klingon border, sensors locate a huge mass nearby. Within two standard days, they've cleared an edge of this massive wall, which turns out to be a rudimentary Dyson sphere surrounding a star and one class K planet. With no other options, they head toward the planet.

An Essaian spacecraft escorts the wreck while the Klingons study Essai and listen in on local broadcasts. Essai is less advanced technologically and ruled by a king who contends with rebel uprisings. The Klingon ship passes several ancient shipyards, with most spacecraft having been moored there in a poor condition for 600 years. One of the mothballed ships is 60 meters long and appears to have warp nacelles, though sensors show it would need weeks of repair to get it operational.

Once in orbit, the Essaians request that Klingons land a shuttle at the capital city's spaceport, but as the command boom is without auxiliary craft, the captain beams down with a landing party to the royal palace, startling the inhabitants. The Klingons' weapons are taken, and eventually they are brought before King Sai-ume, who hopes to obtain their advanced technology to put down rebellions. Kordon sees an opportunity to barter for the Essaian warp cruiser and help from some engineers to get it working. Sai-ume agrees to the trade, so long as the Klingons also bring him the rebel leader.

Subsequent events depend on gameplay. No matter what else happens, eventually the Klingons need to get the warp cruiser repaired if they want to get home, and may need to retrieve dilithium from the Dyson sphere. 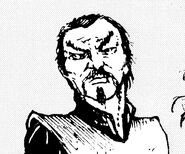 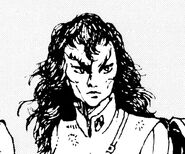 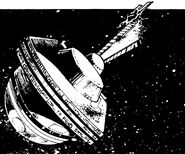 Essai
Add a photo to this gallery

Retrieved from "https://memory-beta.fandom.com/wiki/The_Barrier_of_Essai?oldid=752773"
Community content is available under CC-BY-SA unless otherwise noted.