The Birds of Prey

Star Trek: The Birds of Prey is a 2004 vertical arcade-style shooter game for mobile phones developed by Jumbuck Corporation.

The player takes command of the USS Enterprise, flying in combat against familiar enemies from Star Trek: The Original Series including Klingons and Romulans, contending with wormholes and giant planet-based cannons, and negotiating dangerous asteroid fields and solar flares. 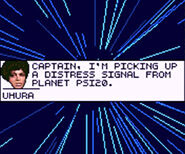 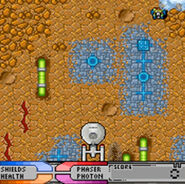