"The Counter-Clock Incident" was the 22nd episode of Star Trek: The Animated Series, in the show's second and final season, first aired on 12 October 1974. The episode was written by John Culver, directed by Bill Reed and novelized in Log Seven by Alan Dean Foster.

Another exciting episode from television's most popular science fiction series

Commodore Robert April, first Captain of the Enterprise, was traveling at warp-speeds toward retirement... a fate worse than death for a seasoned sailor of the spaceways.

There didn't seem to be any way to turn back the hands of time - but then nothing is ever certain in the outer reaches of the galaxy.

Nothing, that is, except that a Klingon in pursuit means trouble... especially when that Klingon is the wily Commander Kumara!

Robert April at around age 45. 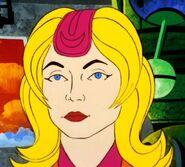 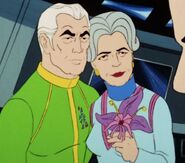 The Aprils.
Add a photo to this gallery 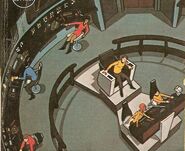 Retrieved from "https://memory-beta.fandom.com/wiki/The_Counter-Clock_Incident?oldid=689117"
Community content is available under CC-BY-SA unless otherwise noted.