Star Trek: The Original Series No. 3

5444.9
The Crier in Emptiness was the third of 11 TOS stories produced by Peter Pan Records. It was initially released in 1975 as an audio production along with two other stories. It was subsequently packaged by itself accompanied by a 20-page comic book. This was the third of seven stories set during Captain James T. Kirk’s first five-year mission aboard the USS Enterprise and the second of six with an associated comic book.

In this story, the crew were visited by a non-corporeal entity composed of pure sound.

Ad for TOS record #1
The crew of the Enterprise in a trio of exciting adventures on a long-playing 33 1/3 RPM disc! You’ll be on the edge of your seat for the “Passage to Moauv,” weep for “The Crier in Emptiness,” and drink in “In Vino Veritas”! High-quality recordings, with no “warp factor”!

Captain's log, stardate 5444.9: The Enterprise is on a charting run through the partially explored Moran sector. Since this region seems relatively devoid of suns and planets, we expect to be finished here in a few days. Kirk out.

Captain's log, supplementary: The mysterious music has been with us for three days now and gives indications of increasing rather than abating. Every effort to locate some source for the sounds has proven futile. We are no closer to an explanation than we were days ago. 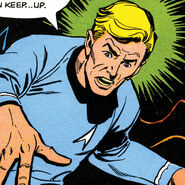 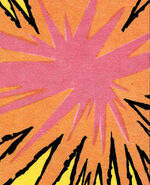 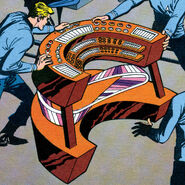 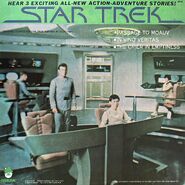 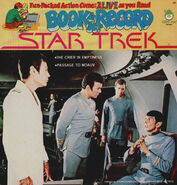 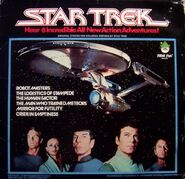