2255
The Edge is the second book in the Starfleet Academy series. A young adult novel, by Rudy Josephs, the book was published by Simon Spotlight in both trade paperback and hardcover formats in January 2011.

From the back cover
A new beginning - but the same old problems.

Jim Kirk arrives at Starfleet Academy ready to take on whatever challenges arise. Most new beginnings mean you get to start with a clean slate, but Kirk quickly discovers that he is already infamous among his classmates. Thanks to his bravado and boasting that he'll finish the four-year program in three, they've already made up their minds about kind of rival he is ... and how they will beat him.

The Academy's program is extremely rigorous and uncompromising. The students are the best and the brightest, and the school demands total commitment from them - physically and mentally. Kirk is ready for it all, but he didn't expect that some cadets will do anything to ensure they succeed at the Academy, no matter the cost.

He soon finds that his best friend, McCoy, is one of the main suspects in an Academy misconduct investigation for crimes that could cost the lives of his classmates. Kirk is determined to clear McCoy's name and unmask the dark side of Academy life - before it's too late. 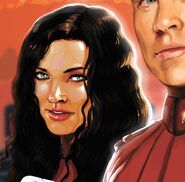 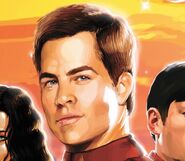 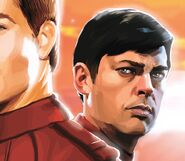