The Original Series (The Enterprise Logs) No. 1

The Enterprise Logs, Volume 1 was the first of four omnibus collections reprinting stories from the first series of Star Trek comic books, which were published by Gold Key Comics in the 1960s and 1970s. It also contained two new short stories featuring James T. Kirk and Montgomery Scott. The collection was published by Golden Press in August 1976.

RE: The Enterprise Logs

1. Nearly five years ago the UFP Starship Enterprise was ordered into service with Captain James T. Kirk in command. His orders read in part:

"... to explore new worlds and seek out new life... to boldly go where no man has gone before."

This mission will end Star Date 6368.20 when the Enterprise will put into Headquarters for refitting.

2. Pursuant to a resolution of the Committee for Policy Review and Evaluation, you are hereby ordered to begin assemblage of documents relating to the above referenced mission, hereafter specified as The Enterprise Logs. You will begin this assembly immediately and will transmit your data directly to Central Computer Terminus E-12, Division of Document Integrity. Data will be transmitted under covert Security Code E-12/ Tri/6, for final conversion to print medium.

3. You will transmit pertinent data under the following designated key terms: Ship's Logs, Captain's Log, Science, Engineering and Medical Logs, Psychofile, Transcorder memo-fax, sub-light correspondence. Future key term designations will be brought to your attention when required. You will begin transmission with Log specified 1.00 through 8.00.

4. Classification of this data is NEED TO KNOW and is limited to the attached distribution list. You are hereby ordered to retain only key term index and thesaurus and mark those TOP SECRET.

5. Failure to comply with security and classification procedures is illegal and punishable according to Security Act KR/UFP 3.1.

6. You are hereby ordered to take the necessary steps in preparing all documents, affidavits, records, memofax et cetera on above referenced subject, in anticipation of transmittal to above agency as per Committee request.

Reference list for features exclusive to this volume only. 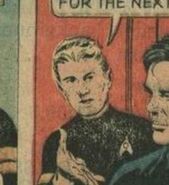 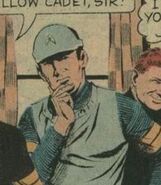 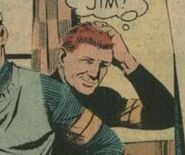 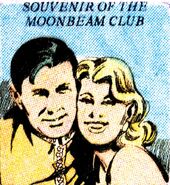 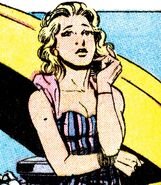 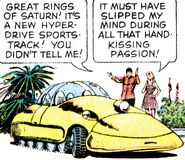 Retrieved from "https://memory-beta.fandom.com/wiki/The_Enterprise_Logs,_Volume_1?oldid=645798"
Community content is available under CC-BY-SA unless otherwise noted.