5001.1
The universe has less than a century left… unless Spock can change history.—The Entropy Effect was a Star Trek: The Original Series novel written by Vonda N. McIntyre. The book was the second Star Trek novel ever published by Pocket Books, and the first from Pocket with an original story.

The Enterprise is summoned to transport a dangerous criminal from a starbase prison to a rehabilitation center: brilliant physicist Dr. Georges Mordreaux, accused of promising to send people back in time - then killing them instead.

But when Mordreaux escapes, bursts onto the bridge and kills Captain Kirk, Spock must journey back in time to avert disaster - before it occurs.

Now there's more at stake than just Kirk's life. Mordreaux's experiments have thrown the entire universe into a deadly time warp. Spock is fighting time...and the universe is closing in on itself with the relentless squeeze of…

Spock is in the middle of studying a negative singularity, with his readings suggesting the universe has less than a hundred years of life left, when the Enterprise is summoned to Aleph Prime by an ultimate override command. However, on arrival the only person that greets them is the planet's prosecutor, Ian Braithewaite. He knows nothing of the alert but requests them to transfer a prisoner convicted of unethical experiments and mass murder to a rehabilitation centre. Kirk is on the verge of refusing when Spock learns the prisoner is his old mentor, Georges Mordreaux, and convinces him to accept.

Before the Enterprise departs, Sulu receives a transfer to the USS Aerfen under the fabled Captain Hunter, even though he has just begun a relationship with security commander Mandala Flynn. During the mission, Mordreaux enters the bridge and kills both Kirk and Flynn. However, security are convinced he never left his quarters and no trace of the weapon can be found afterwards.

Spock speaks to Mordreaux and discovers he has put his time travel theories to practical use, transporting ten people back in time. He has been accused of murdering them as part of a Federation cover-up to discredit his research, which they are afraid could be misused. It is clear a future version of Mordreaux committed the murders. Mordreaux gives Spock the knowledge to construct a time-changer but refuses to clear his name if it means denouncing his research.

Spock takes only McCoy into his confidence, leaving him in command while he works on building the device. The increasingly paranoid Braithewaite, who was charged with covering up the experiments, becomes convinced Spock, McCoy and Flynn conspired with Mordreaux to murder Kirk and sell both the Enterprise and the time research to enemy powers, and convinces Scotty to help him investigate, hampering their efforts.

Spock attempts first to save Kirk, then to stop Mordreaux sending the signal that brought the Enterprise to Aleph Prime. Both attempts fail but he does encounter an even older version of Mordreaux, who explains in the original history Kirk and Spock worked together to clear him but he later went mad. Spock goes back to Mordreaux's first experiment and tells him that his experiments will ultimately cause entropy to increase and prematurely end the universe. Witnessing his future self's death from repeated use convinces Mordreaux and he ends his research, going into seclusion.

Spock is returned to his own time in the new timeline, where the entropy singularity has been replaced by a harmless black hole, and Kirk offers Sulu a field promotion to lieutenant commander to keep him on the Enterprise. 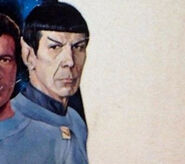 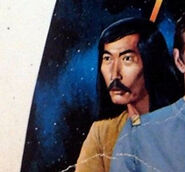 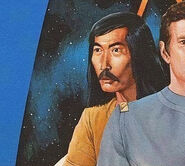 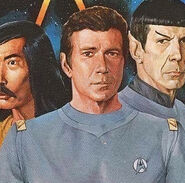 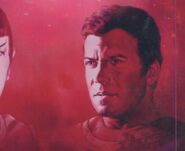 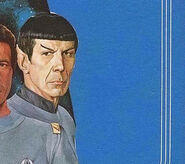 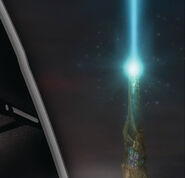 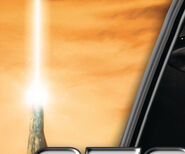