"The Fear" is the second story in the final issue of the Waypoint miniseries, published in 2017 by IDW Publishing in honor of Star Trek's 50th anniversary. The story is set in the Phase II continuity, an alternate version of Captain Kirk's second five-year mission in which the USS Enterprise was refitted into a different configuration than seen in TOS movie: The Motion Picture.

In this story, a cloaked Romulan scout ship crashed into the Enterprise.

Title page teaser
...Captain Kirk must come to the aid of a Romulan ship that's been attacked, but nothing can prepare for the horrible secret lurking its corridors. Dare you face these mortifying monstrosities? We sure do hope so!

Crewman Bukhari was thrown off his bunk by a jarring impact, and a thundering boom reverberated through his room. He steps into a hallway full of dust and smoke, as a strange shadowy form approaches him. On the bridge, Decker reports that a Romulan scout ship has crashed through the hull into the recreation deck and had wiped out the ship's internal sensors. Scott said shields held the Romulan ship in place to keep the Enterprise's hull from venting atmosphere.

In the rec room, McCoy reports nine dead and 11 wounded. Xon notes a Romulan blood splatter where none should be. With a security team, Chekov leads the way through dripping blood into the wrecked scout ship to find all but two Romulans dead. In sickbay, Kirk questions the two survivors, ship's commander Celsus and Technical Officer Plin. They warn that a monster had gotten aboard their ship, had escaped to the Enterprise, and needed to be vaporized. Xon suggests investigating ways to capture the animal, but Kirk overrules him out of concern for the crew. With internal sensors down, they set about conducting manual searches.

Three Romulan ships await silently on their side of the Romulan Neutral Zone. McCoy reports that all of the crew injuries in the rec room were from the impact of the crash, none from an animal. Meanwhile, Plin, Xon and two security officers search down a hallway. Upon realizing that crewman Bukhari was unaccounted for, they proceed into his quarters. There, Xon finds Bukhari behind his bunk, pointing to an alien in the corner. The two security officers suddenly drop their weapons in terror, and Plin grabs a phaser. Before she can fire at the creature, Xon disarms her, then asks Kirk to keep the crew away from the area.

Waiting down the hall, Kirk reminds McCoy that he'd advised giving Xon a chance. Xon emerges from Bukhari's quarters after a mind meld. He explains that the creature was an intelligent species of Tengku-mal which the Romulans had been forcibly breeding as weapons. Tengku-mal communicate through pheromones, but they unintentionally triggered reactions of fear in humanoids. It had harmed only the Romulans, out of self-defense, and requests asylum.

Captain's log.
The Tengku-mal has been granted provisional asylum and we've assigned it temporary quarters...with self-regulating air. Per treaty, we are impounding the Romulan ship as the Federation Council investigates the Tengku-mal situation. On this news, the Romulan warbirds retreated from the Neutral Zone.
Unfortunately, the Romulan officers were soon after found deceased. Time-release subdermal poison. A spy's way out. If it weren't for the fully Vulcan discipline of my new science officer we may have never seen this outcome. Even Spock's human side may have been overwhelmed by the fear. I guess I should just remember to listen to my doctor. 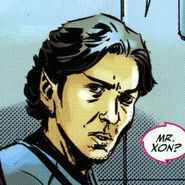 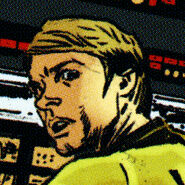 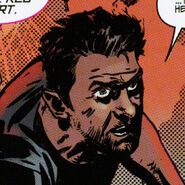 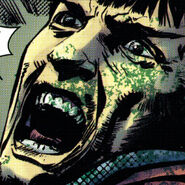 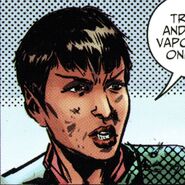 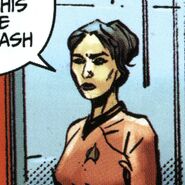 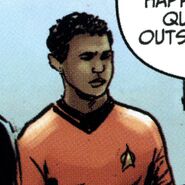 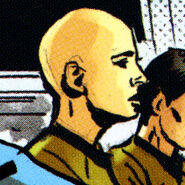 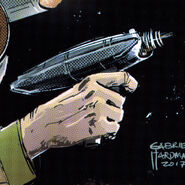