The Flight of the Albert Einstein

The Flight of the Albert Einstein

The Next Generation (DC monthly) No. 20

Captain's Log, Stardate 44212.9
We continue to push our warp engines to the limit as we approach the Alpha and Beta Hydros star systems. At the time of our last communication with the Federation colonies there, the Zelaznan fever was claiming more and more of their people-- but as yet, there have been no casualties... It is difficult to say which of the two colonies served as the breeding ground for the disease. Given the constant traffic between them, it's no surprise that they saw the first symptoms at virtually the same time. To expedite the distribution of medicine to both colonies, Commander Riker will take a shuttle crew of specialists to Beta Hydros IV-- while Doctor Crusher treats the larger population on Alpha Hydros V.
Captain's Log, Supplemental
Having sent the Einstein on its way, we are entering orbit around Alpha Hydros V. Nor are we a moment too soon, judging by the reports we've received from the colonists. Fortunately, Doctor Crusher has don this of thing before. The colonists could not be in more capable hands.
Captain's Personal Log
I have informed Doctor Crusher of her son's disappearance. In some ways, she is taking it better than I am. It's been over ten years since I had to tell her of her husband's death. It was the hardest thing I've ever done. Now, I face the prospect of being the bearer of bad news again. Worse news—the worst a mother can imagine. I wish it were me on that shuttle instead of Wesley. I would sooner face death myself than have to witness Beverly Crusher's pain a second time.

The stardate 44212.9 is given in this issue, however, the DC Comics TNG timeline alters this to 44290.4 (in part because of the crew such as Cmd. Riker who go missing during this story). 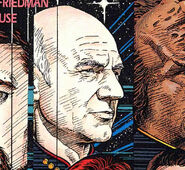 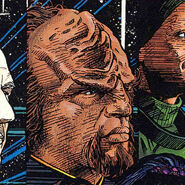 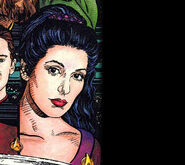 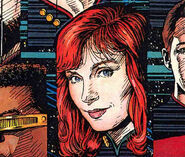 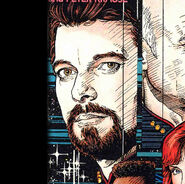 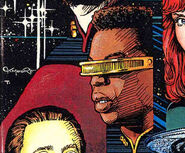 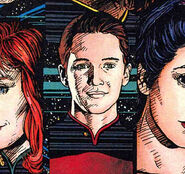 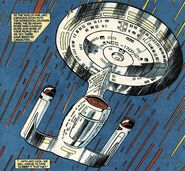 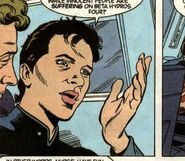 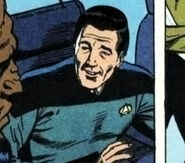 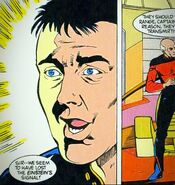