"The Hijacked Planet" was a Star Trek comic book story published by Gold Key Comics in 1973, the 18th issue of their TOS series. It was the 16th story drawn by Alberto Giolitti and the second written by Arnold Drake.

In this story, the Federation Science Council devises an ingenious way to save a planet threatened by its star.

One man, without military might or even the economic power of a nation behind him, is about to take possession of an entire world! Only Mr. Spock, second-in-command of the starship Enterprise, can stop him! But, incredibly, the cool and emotionless Mr. Spock will be betrayed by something he never knew he possessed — his own emotions!

Captain's log, supplemental
It was early in the 23rd century that the first erratic eruptions of the third largest star of star system 83 Beta were recorded. The air was thick with conflicting theories at the Science Council of the Federated Planets!

Captain's log, stardate 3248.6
Under Triple-A (highest priority) orders of the Supreme Council of the United Federation of Planets, we are proceeding at maximum speed to the planet Styra.

Demonstrating the safety of new Project Atlas technology, Montgomery Scott uses a transmutation beam to rematerialize a schnauzer whose biomagnetic recording had been stored in a crystal. Shortly afterward, the Enterprise comes across a disabled flivver. Spock boards it in a spacesuit and rescues an unconscious woman. In sickbay, she introduces herself as Allura, an entertainer who'd fled from her performing partner Anzar, but her craft had run out of fuel. Spock appears to be enamored with her.

The Enterprise enters Styra orbit. Senior officers witness the conversion to biomagnetic recordings of the last of the Styrans and then the planet itself. The recordings are compiled into a small spherical filing case. Later, as the Enterprise is en route to Styra's new star system, an unidentified vessel approaches and temporarily blinds the starship's sensors. After it departs, it is discovered that Allura had escaped through an airlock with Styra's recordings.

Captain's log, stardate 3248.9
We were entrusted with the lives of an entire planet and we dishonored that trust! Only now has the enormity of our failure begun to reveal itself!

Anzar contacts the Enterprise, demanding 100 million in credits for Styra. The Council secretly votes to refuse any ransom payment. Anzar agrees to meet and negotiate with Kirk and Spock in a cave on Lurota. Kirk thinks he can stun Anzar with a phaser, but Anzar has hired armed men for protection, forcing the Starfleet officers to retreat. Kirk escapes, but Spock is captured and put into a holding cell. Spock asks Allura to convince Anzar to return Styra unharmed. She tries, but he refuses.

Spock then appeals to Anzar's greed, pointing out that rich Styrans would pay the ransom. Anzar agrees, and Spock leaves to retrieve the transmutation beam machine from the Enterprise. But rather than restore the Styrans, he rematerializes Kirk, Scott and a team of security officers, forcing Anzar's guards to surrender. Anzar demands to see the rich Styrans, aiming his weapon at Styra. Scott agrees to operate the transmutation machine, but instead rematerializes the schnauzer, which immediately jumps on Anzar. Terrified, Anzar surrenders, raving about future criminal schemes. Spock tells Allura that Anzar will be treated with chemotherapy, psychoprofiles, or reconditioning. She realizes that he was never really in love with her, but Spock replies that she made it very easy for him to pretend he was.

Early 23rd century
Erratic solar eruptions of a star in the 83 Beta system were first detected.
23rd century
The Federation Science Council launched Project Atlas.
2267
The planet Styra and its population were dematerialized and saved on data modules. 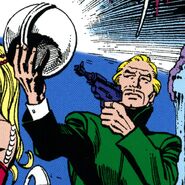 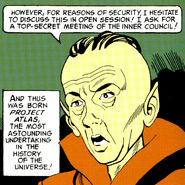 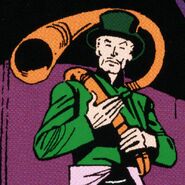 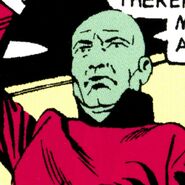 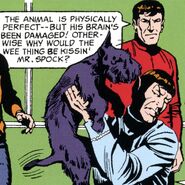 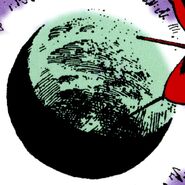 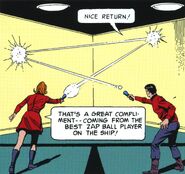