For thousands of years, it had drifted above the outer rim of the galaxy, draining life from all the worlds it found there. Now, it has learned of the banquet of populous planets near the heart of the Milky Way, and is heading there at terrifying speed—with only the Enterprise standing in its way.

Captain's, log, stardate 6620.3... The planet is just as Spock described it—cold, dead, with dust whistling around us. The filters in our respirator units will last only a few hours in this environment.

Captain's, log, stardate 6624.9... We have arrived at what First Officer Spock believes to be the most recently attacked planet.

Captain's log, delayed entry. The sudden shift in gravity threw me against and through the wall. But I no longer had any idea of how long ago that was. Falling like that left me with no sense of time or distance. However, there was one thing I did know. I was not alone! Given the speed and ease with which they dispatched Lt. Bachman... I saw nothing to be gained by resisting them. Docility was my best gambit. My "hosts" abandoned me, leaving me to be moved ever deeper by a levitation device. 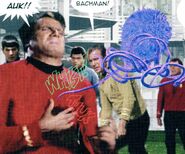 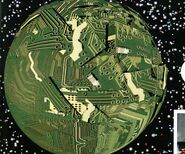 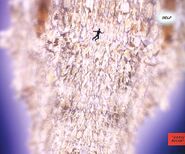 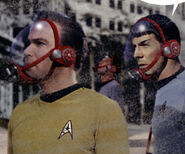