Kirk, Spock, McCoy, Sulu and Uhura are surrounded by famous people from Earth history wielding clubs and swords. Levelling his phaser at the historical figures, Kirk says they will go down fighting...

In a cavern miles beneath the city, Spock is seated in a chair, his hands manacled behind his back. He is the prisoner of a man who identifies himself as Alexander Lazarus, an Earth historian. Lazarus explains how he fled Earth after being discredited by a computer malfunction. He gathered his android assistants and traveled to Gamma Alpha V, where the androids set up his computer in the underground cavern and built the silver spire above it. The spire is a receiver for the brain-waves of famous people throughout Earth's history, which are recorded on punch-cards. One day one of Lazarus' androids was caught in a burst of energy from the computer and was transformed into Benjamin Franklin in both body and mind. The androids constructed the city around the antenna, and Lazarus then built more androids and turned them into duplicates of famous people from Earth's past. However, Lazarus has now grown bored of their reminiscences. Spock's arrival has inspired him to study Vulcan history – for which he will need Spock's brain...

Captain's log, stardate 10:26.8 – Upon beaming down to the planet Gamma Alpha V, we've discovered something incredible – a city peopled by every famous person who ever walked the Earth! While examining a strange silver tower in the city's center, Mr. Spock disappeared! Even now, my first officer – my friend – is somewhere on this planet, perhaps in terrible danger! 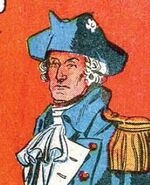 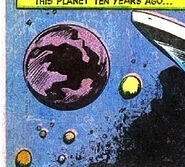 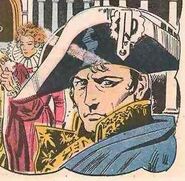 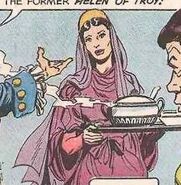 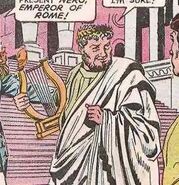 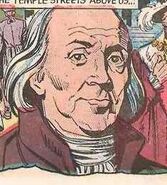 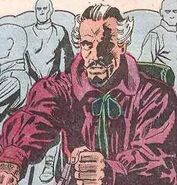 Alexander Lazarus.
Add a photo to this gallery

Retrieved from "https://memory-beta.fandom.com/wiki/The_Legacy_of_Lazarus?oldid=589816"
Community content is available under CC-BY-SA unless otherwise noted.