The Original Series (IDW ongoing) No. 38

2370s
"The Q Gambit, Part 4" is the 38th issue of IDW Publishing's 2011 ongoing series of Star Trek comics, written by Mike Johnson. This is the fourth of six parts in The Q Gambit story arc, illustrated by Tony Shasteen.

PREVIOUSLY IN STAR TREK...
The mischievous entity Q has transported the crew of the U.S.S. Enterprise decades into their future, at a time when the galaxy is torn between the dueling empires of the Dominion and the Klingons. Kirk and his ally Benjamin Sisko find themselves in precarious situation on the Klingon colony of Earth, While Spock and McCoy receive unexpected help from the freedom fighter Kira Nerys...

Aboard Quark's ship, Leonard McCoy and Spock are introduced to the "artifact": A tablet. Though McCoy is unimpressed by its appearance, Kira Nerys explains the artifact's significance in Bajoran mythology. According to legend, it contains two spirits: A benevolent Prophet and a malicious Pah-wraith and if the former can be freed, its power might be enough to restore order to the galaxy before she briefly explains the history of the Dominion and their alliance with the Wraiths. When asked by Spock how she intends to free the Prophet, Kira reveals they are on-course to a hidden planet to complete the ritual and offers both McCoy and Spock a spot in the rebellion.

In San Fransisco, both James T. Kirk and Benjamin Sisko remain defiant in the face of the Changelings before a shuttlecraft, called by Odo, streaks in to the rescue with Miles O'Brien at the helm who takes them all back to the orbiting USS Defiant.

Aboard Quark's ship, Kira makes plans to supply the rebellion and make for the planet before Quark reveals he will not be helping them. Opening the cargo bay doors, he reveals the Dominion has made him a better offer than the resistance and have won his loyalty. Though Kira attempts to fight, Spock restrains her seeing the fight is already lost. The tablet is seized by the leading Cardassian who takes the three prisoners back to Terok Nor.

Above Earth, the Defiant streaks away at impulse owing to its faulty warp drive. Salvation who comes at the hands of Montgomery Scott who manages to trick the calibration sensors that the dilithium mix is optimal allowing them to make their escape much to O'Brien's amazement. Kirk is suddenly whisked away by Q to witness the Cardassians prepping the USS Enterprise for flight. Q again refuses to be forthcoming only saying he wants Kirk to experience hopelessness and accept the reality of the no-win scenario. Returning Kirk to the Defiant, Sisko promises to help get the Enterprise back but that they need to make a stop first.

Aboard Terok Nor, Dukat welcomes his prisoners and, after engaging in some false pleasantries, smashes the tablet freeing both the Prophet and the Pah-wraith. 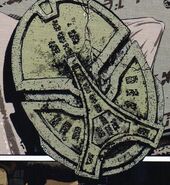 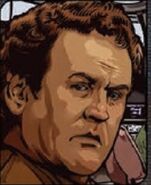 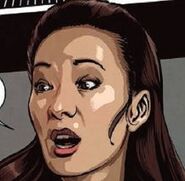 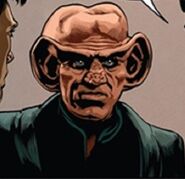 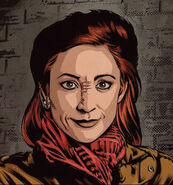