"The Royale" was the 38th episode of Star Trek: The Next Generation, the 12th episode of the show's second season, first aired during the week of 27 March 1989. The episode was written by Keith Mills and directed by Cliff Bole.

William T. Riker, Data and Worf are trapped on a fantasy planet of endless gamblers!

Captain's log, stardate 42625.4.
We are entering orbit around the eighth planet of the previously unmapped Theta 116 solar system. We diverted from our scheduled course when a passing Klingon cruiser reported discovering pieces of a strange vessel in the upper atmosphere of this planet. We've come to investigate.

Captain's log, supplemental.
We remain in orbit around Theta VIII still out of contact with the away team.

Overseas VHS re-release with "Contagion" and "The Dauphin".

Overseas VHS re-release with "Contagion" and "The Dauphin", back cover. 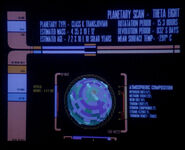 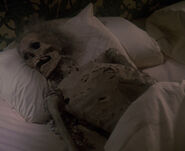 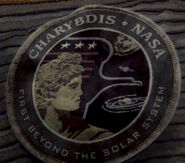 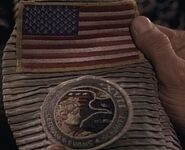 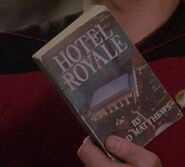 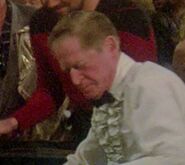 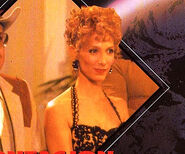 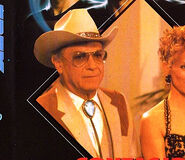