The Stars in Secret Influence

The Stars in Secret Influence

8983.2
Bachelor party!—"The Stars in Secret Influence" was the 48th issue of DC Comics' 1984 series of Star Trek comics. The issue was written by Peter David. The art was penciled by Tom Sutton and inked by Ricardo Villagran.

The Klingon science outpost officer at the science outpost on the planet Miraud tends to his duties, monitoring the outpost's sensor and taking advantage of an opportunity to verbally abuse a simple-minded, diminutive servant; a slave named "Moron" who performed cleaning tasks. He notes the arrival of a Reliant-class Federation starship entering orbit at Miraud, and decides to warn them off by subspace radio with a strongly worded statement regarding the Klingons' right to be on that world. When asked to reply, a voice response from the vessel succinctly says "reply to this, you Klingon bastards," and the ship opens fire on the outpost. The Klingon was alone in a control room with Moron, and is crushed by a falling piece of the structure. Wounded, he ordered Moron to assist him, but without his previous antagonistic bravado. Moron is frozen in place with fear, next to the toppled statue he had been polishing.

Aboard the USS Enterprise, a bachelor party is thrown for Ensign Konom by the senior staff, with his fiancée Nancy Bryce having Commander Uhura, Lieutenant M'Ress, and Ensign Elizabeth Sherwood paint her skin green and gave her a green wig to pose as an Orion slave girl named Geena. Konom does not know that the dancer was her in disguise until she takes off her wig. Nancy and Elizabeth also discussed wedding plans, with Elizabeth agreeing to be Nancy's maid of honor.

Arex attends the party despite his feeling towards Klingons. During the party, many became enamored with Ensign Bearclaw's punch and get drunk. Drunk M'Ress then got together with a equally drunk Hikaru Sulu. Unfortunately, in defiance of Captain James T. Kirk's "no liquor" orders, three of the officers (Scotty, Chekov and McCoy) had spiked the punch with three separate liquors (Scotch, vodka and Romulan ale, respectively). The potent drink quickly ruined the party, with Konom snapping at Sherwood and Bryce as he became disoriented and angry. A brawl ensues where the worst racial prejudices of the crew are are brought to the surface, pitting humans against the fellow alien crewmates. In defense of his new girlfriend Elizabeth, Bearclaw confronts Konom. Arex held Ensign Bearclaw back from fighting Konom, but then got into a fight with Bearclaw when he called him an octopus. Many crewmembers join the fray, which ends when Captain Kirk arrived and was injured by a flying bottle. The incident led Kirk to reconsider discipline in his crew.

Not long thereafter, the Enterprise receives word that a Klingon science outpost has been attacked... by a Federation starship. 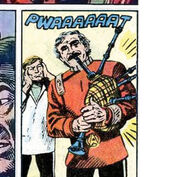 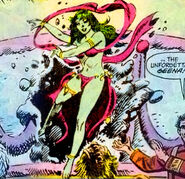 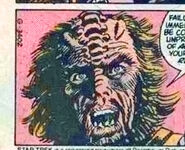 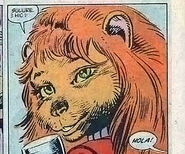 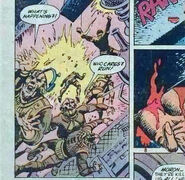 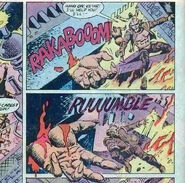 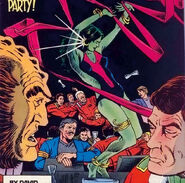 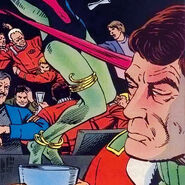