"The Time Trap" was the 12th episode of Star Trek: The Animated Series in the show's first season, aired during the week of 24 November 1973. The episode was written by Joyce Perry, directed by Hal Sutherland and novelized in Log Four by Alan Dean Foster.

VHS teaser
The USS Enterprise pursues a Klingon vessel into an area of the galaxy known as the Delta Triangle — and both ships disappear in to a sector where time stands still.

Captain's log, stardate 52[67].2.
We have just entered the Delta Triangle, a vast, uninhabited sector of our galaxy in which a high number of mysterious disappearances of starships have been recorded since ancient times. The Enterprise has been assigned the mission of surveying this area, and if possible, determining the cause of these disappearances.

Captain's log, supplemental. First Officer Spock recording.
We appear to be in an alternate universe. Position, undetermined. Captain Kirk has been transported from the ship by an unknown power. His present location also is undetermined.

Captain's log, stardate 5267.6.
We are in the final stages preparatory to making our escape from Elysia. We must make our escape by tomorrow, or our dilithium crystals will be too depleted and we will be trapped here forever.

An almost identical mission was experienced in: -

The Elysian Council reappeared in: -

Limbo worlds were seen again in: -

Kali, Kaz and Kuri appeared in: - 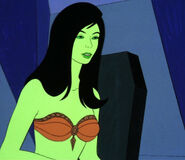 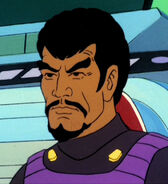 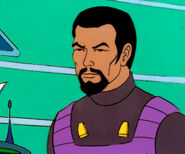 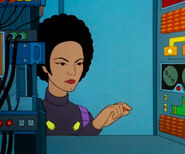 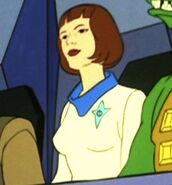 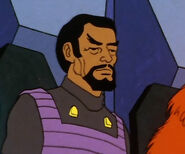 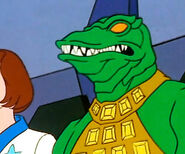 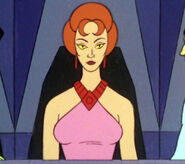 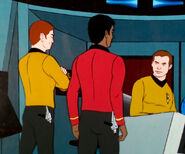