Taking place in an alternate timeline created when the starship USS Kelvin was destroyed by a Romulan invader from the future, this bold new novel follows Captain James T. Kirk and an inexperienced crew commandeering a repaired USS Enterprise out of spacedock for a simple shakedown cruise. When a distress call comes in, the Enterprise must aid a large colony ship of alien refugees known as the Perenorean, who are under siege by an unknown enemy. But Kirk and his crew will find that the situation with the peaceful Perenorean is far more complicated than they bargained for, and the answers as to why they were attacked in the first place unfold in the most insidious of ways…

In the Kelvin timeline, the USS Enterprise is on its first tour under Captain James T. Kirk in the 2250s decade, in the year 2258. Enterprise finds Perenorean starship Eparthaa, a Perenorean colony ship dispatched by the Perenorean Outreach to find an uninhabited world and plant a colony. Under command of Leaderesque Taell, Epartha was attacked by the Dre'kalak, who despised the Perenoreans' oppressively helpful ways. Taell ordered his ship to hold position, where they were found by the Enterprise, who established first contact with the Perenoeans. Taell advised the Human of their mission objective and the recent attack.

The Starfleet ship was obliged to follow their Prime Directive and not become involved in the conflict between the Perenoreans and the Dre'kalak. However, Lieutenant Nyota Uhura was able to establish contact with Podleader Ul-tond, commanding a squadron of three Dre'kalak ships when they returned for the Eparthaa. Ul-tond told Kirk that the Ultimate Circle intended to destroy the Perenorean colony ship.

The Eparthaa was escorted by the Enterprise to the nearby independent but Federation-friendly world of SiBor. The SiBoronaans allowed the technologically more advanced Perenorean refugees to settle on the moon DiBor. Initially, the Perenorean penchant for unrestrained helpfulness threatened to upend the SiBoronaan civilization.

A settlement was reached that allowed Taell's people to retain and improve their DiBoronaan colony, while the Eparthaa and its shuttles would be immobilized to put a restraint on their influence. The Enterprise senior staff was confident that both the Perenoeans and the SiBoronaans would eventually thrive as Federation members. 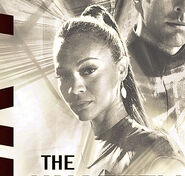 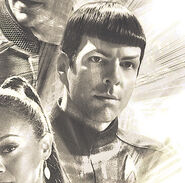 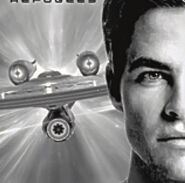