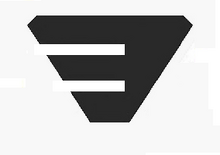 The Vanguard was a political organization in the Federation in the late 23rd century that advocated a hardline stance when dealing with species hostile to the Federation, such as the Klingons and Romulans. They believed force would be a more successful solution to the problems with these species than diplomacy.

They had many followers from various Federation species and groups including Starfleet personnel, such as Faith Gage and Frank Malan.

The Vanguard appeared in the PC game Starfleet Academy and its novelization by Diane Carey. The Vanguard were not present in the earlier console version of the game. The logo for The Vanguard is actually a modification of the Earth Alliance logo from the television series Babylon 5.

Retrieved from "https://memory-beta.fandom.com/wiki/The_Vanguard?oldid=671972"
Community content is available under CC-BY-SA unless otherwise noted.