unknown
"Thorpex" was a 21-page Star Trek: The Original Series comic strip published in 1970. It was the 15th story arc in the UK comic strips series, released in seven parts within issues of TV21 Weekly. This was the third of four stories drawn by Mike Noble.

In this story, the Starfleet 2nd Fleet attempted to destroy the USS Enterprise.

Teaser, 15 August 1970
During a mysterious communications breakdown aboard the starship Enterprise, space Federation strike fighters had launched a baffling and nearly fatal attack on the vessel...

Starfleet receives an emergency distress call from Captain Kirk aboard the Enterprise, reporting the loss of all hands to intruders and requesting that the ship be destroyed. Four strike fighters led by commander Harvey bombard the Enterprise, then prepare to launch nucron missiles. Suddenly they are hailed by Nyota Uhura, and they break off their attack.

A false message sent to Starfleet is signed with Kirk's password, Thorpex. Everyone knowing the password is tested and confirmed not to be under hypnotic control. Meanwhile, a team of robots begin to repair the ship, but one robot leaves the others and begins opening airlocks. It is disabled with a phaser rifle, leaving ashen remains from an extinct felinoid species known as Varkans.

Six small, glowing spheres enter the bridge and aim a floating phaser at Kirk. Through a universal translator, these disembodied Varkans admit to being able to manipulate equipment. They intend to kill the crew, then use the Enterprise to take over machines on Earth and destroy the Human civilization. Montgomery Scott shuts off the bridge lights, and in the confusion the disembodied intruders are vaporized.

Varkans reside on an asteroid, formerly a moon of Varka to which they'd added a propulsion system. To retaliate for Kirk's attack, the Varkan leader aims the asteroid at the Enterprise. The crew quickly dons environmental suits while Hikaru Sulu fires nearly three dozen missiles at it, attempting to alter its trajectory. Kirk loads all of the ship's class F shuttlecraft with bombs, and the combined blast destroys the asteroid along with the Varkans.

2267
Varkans attacked the USS Enterprise when it neared Sector H-100. 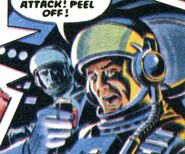 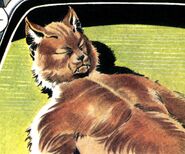 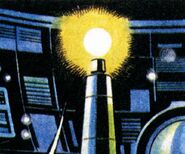 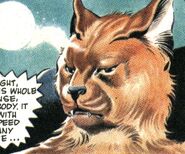 A Varkan projecting his consciousness. 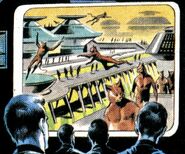 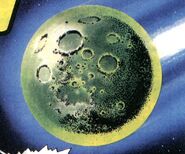 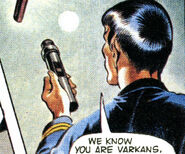