To Rule the Universe

To Rule the Universe

unknown
"To Rule the Universe" was the last of 37 weekly story arcs in the UK comic strips series. It was released in 12 parts in 1973 within issues of Valiant and TV21.

Teaser summary, 3 November 1973
Lured to the hitherto unknown planet, Plixes, Captain Kirk and Mr. Spock had been taken prisoner while the planetary leaders, Gokron and Chekra, had — by means of advanced science — assumed their bodies and minds! Beamed back to the starship Enterprise, Gokron and Chekra were indistinguishable from the real commander and first lieutenant of the starship…

On Earth, Federation Councillors gather for a month-long conference. In System 330, the USS Enterprise initiates first contact with the leaders of Plixes, who asks to beam aboard as honored guests. Spock is suspicious: how did they know the ship had transporters? As they tour the ship, Gokron and Chekra explain that they have long-range scanners, so they know about the Federation. They ask if they can be beamed to the conference to ask for Federation membership. Kirk asks first to learn more about Plixes.

Gokron invites Kirk and Spock to visit the planet. Once they speak with a few Plixeans, however, they realize Gokron is a tyrant. They are then apprehended. Their bodies and memories are imprinted onto Gokron and Chekra, turning them into facsimiles of Kirk and Spock. Gokron and Chekra beam back to the Enterprise. Admiral Voysey agrees to let "Kirk" plead Plixes' case to the council. Using a long distance transporter setting, "Kirk" and "Spock" beam directly to Earth, where they set up a sonic stunner and gas generator to kill all of the councillors.

Meanwhile, a jail break interrupts the execution of Kirk and Spock. They ally with escaping prisoners, then fight their way to a communications center. Long-range frequencies are jammed, so they cannot warn Earth or be beamed there. To expose the Plixeans, they have to shut off the identity transference equipment. Kirk and Spock aid rebels by using armed shuttlecraft to knock out city defenses. Unfortunately, the identity transference building seems impregnable. Kirk risks beaming himself to Earth despite the jamming. As he fights the tyrants in the council chambers, rebels finally are able to blow up the Plixes building. Gokron and Chekra revert to their normal appearance and flee. Before the gas generator detonates, Kirk destroys it and saves the councillors.

Gokron and Chekra hijack the Vulcan ambassador's transport and head at maximum speed to the Klingon border. Kirk suits up to follow in an interceptor craft, but Spock uses the long range transporter to beam the Plixeans out of the transport and back to the Enterprise. The tyrants will be handed over to the rebels and their new democratic government. 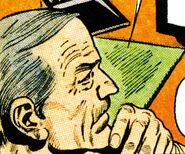 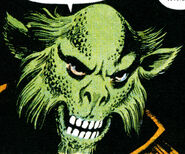 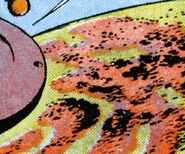