Too Long a Sacrifice, Issue 4

Too Long a Sacrifice, Issue 4

Too Long a Sacrifice No. 4

Everyone is a suspect on a space station one murder away from plunging into total chaos. Constable Odo has a suspect in his sights, but there's one final piece to this dark puzzle that will change everything he thought he knew—not to mention life on Deep Space 9—forever. Don't miss the shocking conclusion to this space noir from David & Scott Tipton (Star Trek: Mirror Broken, Star Trek: The Q Conflict) and Greg Scott (Gotham Central, The X-Files)!

Previously…
A bomb has ripped through a restaurant on the Promenade called Lavin's Eatery, killing eight people and injuring dozens more. Odo's first suspect is Quark, but when a Bajoran called Keidan is found murdered, Garak also becomes a suspect. Three Ferengi trade delegates also die, poisoned, and the Federation assigns a Betazoid detective called Retlaw to assist Odo in solving the case. When Retlaw learns that an ensign helped the Nausicaans conceal their contraband, the trail leads to a vedek on the station.

Odo and Retlaw are interviewing Vedek Teler, but after the telepathic Retlaw reads the vedek's mind, Retlaw realises that the vedek is innocent. Teler excoriates the pair, especially Odo, who he claims has forgotten what life was like on the station during the Cardassian Occupation. Odo realizes that, aside from himself and Teler, Lavin was also on the station during the Occupation.

Odo and Retlaw visit Lavin's restaurant, which has been repaired following the bombing that started off Odo's investigation. Retlaw reads Lavin's mind and sees that she has been behind everything: the bombing of her own restaurant and the murders of Keidan, the Ferengi delegates and Ferengi investigators. She served the Cardassians food on the station during the Occupation and her brother was murdered after trying to protect her. She saw Keidan not just as a collaborator, but as someone willing to allow his own people to suffer to line his own pockets. She bombed her restaurant, murdered Keidan and used Ensign Schroeder to get the Ferengi who worked with Keidan back to the station so she could murder them as well. She also murdered the Ferengi investigators who came to assist on the case, having lost control completely.

Exposed, Lavin flees the restaurant and Odo starts a pursuit. Lavin is tracked to Quark's where Odo tries to reason with her. With Lavin distracted, Retlaw is able to take her weapon from her hands and use it to physically incapacitate her.

Lavin is taken to a holding cell, where she gets medical treatment from Dr. Bashir. Kira wonders why Lavin went to such extreme measures for revenge, when so many Bajorans suffered during the Occupation. Bashir can only speculate that Lavin's feelings were more enhanced than others. Retlaw expresses his concern for his own people, the Betazoids, currently under Dominion occupation.

Captain Sisko congratulates Odo for solving the case and tells him that the Ferengi are satisfied with the report. Odo wonders how many more stories like Lavin's the station will see. Bidding farewell to Retlaw who is heading to Earth for a new case, Odo and Retlaw both hope Betazed's occupation will end soon and allow Retlaw to return home. Retlaw hopes that the solving of the Lavin case will help to do so in a small way. Retlaw expresses his hopes that he will get to work with Odo again, having learned he is nothing like the other Changelings and not wanting to repeat Lavin's blind hatred. 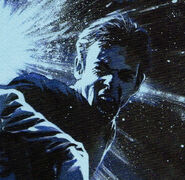 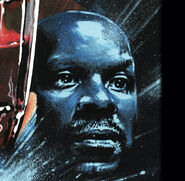 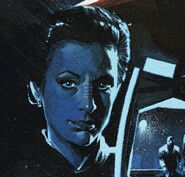