Blast off with Captain Kirk, Dr. McCoy and Mr. Spock as they hurtle through space with the crew of the starship Enterprise. Plunge through an eerie pocket of spatial unreality as they risk death by radiation to save the endangered people of Epsilon Delta 4. See the marvels of Enowil, the mad gnomic master of an insane planet. Beware of treachery from the Klingons, if you would succeed in your mission.

On an urgent mission of mercy to a dying colony, the USS Enterprise is diverted from its course by Enowil, an unpredictable exile in charge of a world gone mad. With a Klingon and a Romulan warship already under his control, Enowil puts Kirk and his crew through an agonizing, dangerous test of wits while the colonists of Epsilon Delta 4 await evacuation—or certain death…

"I am faced with one of the most difficult decisions of my career. Three days ago, the Enterprise was ordered to proceed at maximum warp to Epsilon Delta 4, where 700 colonists are slowly dying of radiation poisoning. Our journey there was interrupted when Enowil, an eccentric being of unbelievable power, seized control of the ship, as well as one Klingon and one Romulan star cruiser. Offering anything in his power to give as a reward, he has asked all of us for help in solving what he refers to as a "private matter". I've seen evidence of his power: it's incredible. If I decline, if I take the ship and leave, both the Romulans and the Klingons have a chance to obtain what could be an unstoppable weapon… and change the galactic balance of power. But if I stay, I am surely condemning the 700 colonists on Epsilon Delta 4 to a slow and painful death…"

We are preparing to leave orbit around Babel as soon as we pick up a pair of passengers: Kostas Spyroukis, the renowned planetary explorer who is personally responsible for locating more than thirty colonizable worlds; and his daughter Metika. The Enterprise has been assigned to transport them both back to their home on the colony planet Epsilon Delta 4 after their stay here and their unsuccessful attempt to have their world's status changed from colony to full member of the Federation. This is one assignment I am eagerly awaiting. Ever since I was a boy I enjoyed reading about Spyroukis's daring exploits—and the chance to finally meet him has made me feel like a cadet again.

I have sent through a Priority-1 call to Star Fleet Command, outlining the situation on colony world Epsilon Delta 4 as nearly as we can estimate it Star Fleet acknowledges receipt of our hypotheses, and promises to get their best scientific teams to work on the problem at once. They will apprise me of the situation the instant they have any results.

Meanwhile, the Enterprise continues on its original course to Epsilon Delta 4. I have taken the liberty of increasing our speed to Warp Factor 4; in the event Star Fleet confirms our worst fears, we will want to reach the colony in a hurry to begin the evacuation. My chief engineer is currently working on contingency plans to house the evacuees aboard the ship if and when that becomes necessary. Metika Spyroukis has not left her father's side since he was stricken. I believe I'll have the hardest task of all—telling her that Epsilon Delta 4 may have to be abandoned.

Pursuant to orders, the Enterprise was on its way to evacuate the Epsilon Delta 4 colony. We have radioed ahead and explained the situation to the local officials, who received the news with understandable anger, dismay and confusion; however, when Metika Spyroukis explained farther—including a detailed account of her father's death—they conceded the need for action and promised their utmost cooperation. Evacuation work at their end will begin immediately, so that they will hopefully be ready for us by the time we arrive.

Meanwhile, I have assigned Lieutenant Placer the job of deciding which crewmembers will remain behind on the planet to make more room aboard ship for the evacuees; Lieutenant Commander Scott has the task of readying the ship to carry nearly double its normal complement of people. Knowing the competence of both officers, I'm positive the Enterprise will be ready by the time it reaches Epsilon Delta 4.

It has now been two days since Captain Kirk ordered the ship through the region of nebulosity rather than detouring around the navigational hazard as is standard procedure. Though he and I have been standing alternating six-hour watches, the interval has been refreshingly free of troublesome incidents. Barring unforeseen circumstances, the Enterprise will reach Epsilon Delta 4 in two more days. Chief Engineer Scott informs me that all systems will be properly functioning for the emergency evacuation by that time. In all, I can report that conditions aboard ship are exactly what they should be under the given circumstances.

The Organian calling himself Enowil has granted me an hour to confer with my officers on whether we should help him solve his problem or whether we should continue on with our original mission to evacuate the Epsilon Delta 4 colony. Although he claimed it hurt his feelings to be suspected, I did make Enowil promise not to eavesdrop on the meeting—and I believe him to be a being of his word.

I've called together my major officers: Commander Spock, Lieutenant Commander Scott, and Dr. McCoy. Also, though she will have no part In the actual decision, I have allowed Metika Spyroukis to attend the meeting. The decision made there will, after all, affect both her and her planet. 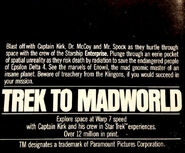 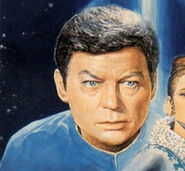 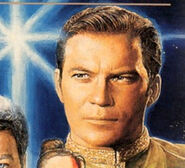 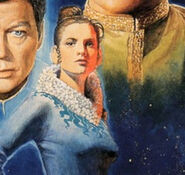 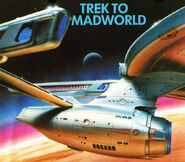 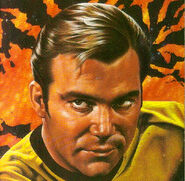 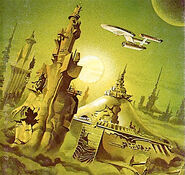 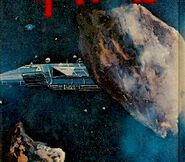 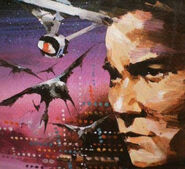 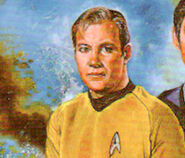 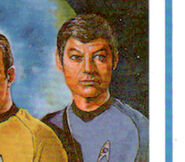