The Original Series (Random House) No. 2

unknown
"Trillions of Trilligs" is a Star Trek: The Original Series Pop-Up book, the second of two published by Random House in 1977. The book contains a very short story for young audiences in which the USS Enterprise aided a planet overrun by robots.

Nyota Uhura picked up a frantic distress call from Ynobe II, with viewscreen imagery showing a city with Human crowds fleeing from burning buildings. A voice message said that the planet was being taken over by trillig robots.

James T. Kirk, Spock and Montgomery Scott beamed down as groups of the metalic bipedal robots torched buildings and overturned an automobile. The officers were suddenly seized by the robots. Spock suspected that they were being controlled from a central point, so the landing party allowed themselves to be taken.

They were brought inside a factory overseen by a madman who ranted about using robots to take over the universe. Setting phasers at maximum, Kirk, Spock and Scott vaporized the facility. Without a control center, the trilligs all shut down. Kirk cuffed the man, then led him to a rocket, saying he would be launched into orbit for one Ynobe year as punishment. 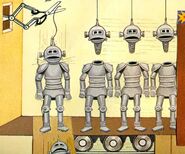 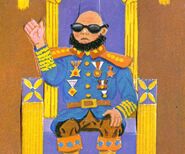 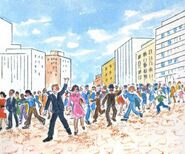 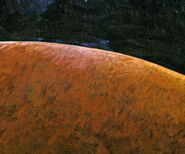