The Typhon Pact was an alliance of six interstellar states formed in the wake of the Borg Invasion of 2381 as an opposing force to the United Federation of Planets and its allies. The pact consisted of the Romulan Star Empire, Tzenkethi Coalition, Breen Confederacy, Gorn Hegemony, Tholian Assembly and the Holy Order of the Kinshaya, all of which had hostile relations with the Federation and/or Klingon Empire in their previous history and all of which had typically previously maintained xenophobic and isolationist policies.

The Pact formed shortly after the Borg invasion at the outpost designated Typhon I. Tholian Ambassador Tezrene cited the Federation President Nanietta Bacco as the inspiration when she summoned Ambassadors from numerous states during the invasion to form an alliance to resist the Borg. The Pact states had no desire to ally with the Federation or the Klingons, but could see the wisdom in her suggestion and formed their own government as a new major power against the might of the Federation.

Vessels from the founding states formed the Pact at meetings in the Typhon Expanse; this included the creation of a new joint currency and sharing of cloaking technology between the member states. One of the Pact's earliest activities was to employ the Ferengi Sekki to orchestrate a number of schemes to destabilize the Federation and slow down their rebuilding efforts, in an act of vengeance against the Federation for outbidding the Tholians to employ mercenaries to defend against the Borg in the invasion.

Sekki's plots included arming the Breen and Kinshaya with new disruptors, shutting down a dilithium mine in the Maxia Zeta system by infecting it with farantine, disrupting work to upgrade a topaline mine on Capella IV by encouraging the activities of a Capellan terrorist and souring relations between the Federation and Zalda by creating a scenario in which it appeared Zalda was refusing refugees. These various plots led Professor Sonek Pran and the USS Aventine to piece together what was going on and eventually discover the Pact had formed.

Knowledge of the Pact's formation prompted the Federation and Klingon Empire to invite the Imperial Romulan State, Ferengi Alliance, Talarian Republic and Cardassian Union to ally with the Empire and Federation in an expansion of the Khitomer Accords. (ST novel: A Singular Destiny)

Attacks on the Federation

In 2382, the Typhon Pact sent Romulan and Breen forces to the Utopia Planitia Fleet Yards to steal the schematics for Starfleet's quantum slipstream technology, killing several members of Starfleet in the process. Julian Bashir and Sarina Douglas infiltrated the Breen shipyard where the plans were stored and erased the schematics, while Ezri Dax and the USS Aventine crew destroyed a prototype Breen starship equipped with the slipstream drive. (ST - Typhon Pact novel: Zero Sum Game)

In 2383, elements of the Typhon Pact entered the Gamma Quadrant to seize technology from the Dominion in the belief that Jem'Hadar ships could be used to improve their ability to cope with slipstream pressures, only for these efforts to result in the destruction of Deep Space 9 when bombs planted to act as a diversion for returning ships proved to be too powerful (ST - Typhon Pact novel: Plagues of Night). When the Pact attempted to return to the Gamma Quadrant in secret by creating a smaller wormhole that would 'intercept' the Bajoran wormhole, this plan was thwarted when Kira Nerys sacrificed herself to detonate a runabout inside the wormhole, apparently causing it to collapse and cutting off access to the Gamma Quadrant. Shortly after this, the Pact abandoned attempts to create their own slipstream drive, noting to Sela - the main instigator of the drive project - that the Federation was unlikely to use the drive as a first-strike weapon if they hadn't done so yet, and musing that their attempts to recreate the drive had actually put them at more danger of war than if they had done nothing.

In 2385, the Typhon Pact attempted to negotiate with the Ferengi Alliance in an attempt to have the Ferengi withdraw from the Khitomer Accords and join their alliance. During the negotiations the USS Enterprise-E was stationed at Ferenginar as a means "showing the flag" mission to the Pact. (ST - The Fall novel: The Crimson Shadow) 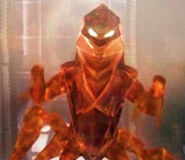 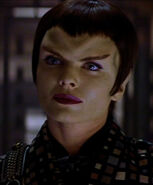 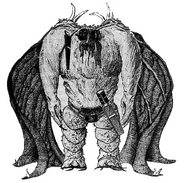